Fear of Being the 'Lost Generation' in Europe; Unemployed Graduates 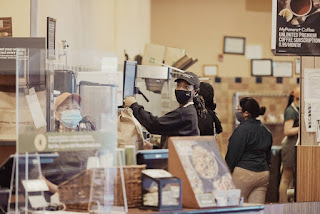 UMMATIMES - A young man from Barcelona, ​​Jordi Battlo has sent hundreds of job applications to a number of companies in the last few months. "I can't count (applications)," he said.
Refusal has become a chilling routine for the business and engineering alumni. "The lack of response from the company made me feel like everything I had done was meaningless," Battlo said. After completing his master's studies at IESE Business School Madrid in July 2020, his only option was a short-term internship and he is now unemployed.
According to Eurostat data, youth unemployment in the European Union (EU) stands at 17% - more than double the general unemployment rate.
In October 2020, the Organization for Economic Co-operation and Development (OECD) warned that the entire young generation in Europe was at risk of being left behind, as many companies stopped hiring plans during the pandemic.

Not much different from Battlo, a graduate master in management from University College London, Georgia Burns in Dublin experienced the same thing. "When I started my Masters, I thought: OK, I'll get a job when I graduate. Then the pandemic hit and now I'm doing a part-time internship with minimum wage. It's not what I thought."
The number of people aged 15-24 in the EU who are looking for work or underemployed rose 5% in the past year, according to Eurostat. More than half of young people in Spain and Italy are unemployed.
Entrepreneurs also recognize this trend. "The number of applications has increased rapidly," said Oliver Zischek, head of the People's Organization at Deloitte Germany, told DW.
During the fall of 2020, professional services firms received 42% more applications than the previous fall. According to Zischek, Deloitte's offices across Europe are experiencing a flood of similar applications.

Every time a new lockout is announced, Burns finds it harder to stay hopeful. About 50% of young people worldwide show signs of anxiety and depression, according to a 2020 survey conducted by the International Labor Organization and the European Youth Forum.

'The lost generation is not temporary'

"The message we received was that we have to keep trying and everything will return to normal. But the risk of losing a generation is not temporary," Silja Markkula, president of the European Youth Forum, an NGO headquartered in Brussels, told DW.
Markkula feels that European policymakers are forgetting about youth. Social protection schemes do not cover the types of work performed by European youth, such as short-term contracts and unpaid internships, while issues such as mental health do not receive sufficient attention from Brussels, said Markkula.
Despite the serious implications, European Commission President Ursula von der Leyen failed to mention youth unemployment as a major policy issue in her September 2020 State of the Union address.

Esther Jardim from London who graduated in 2009 was sympathetic to pandemic graduates. In the aftermath of the global financial crisis, Jardim was denied a job on Christmas Eve 2010 and he decided to do something radical.
He uses a sandwich board strapped to his chest and walks in London's High Holborn district. The stunt earned him about 30 interviews and landed his dream job at a large PR agency in the UK.
"Graduates can take advantage of the ability to connect and reach people. Social media really removes barriers. You can send messages to senior people at the company. They will reply," he told DW.