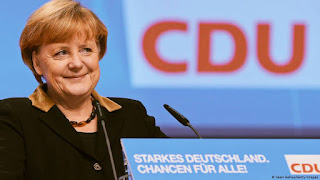 UMMATIMES - The head of the ruling Christian Democrats Party (CDU) Armin Laschet said Germany must enforce strict social restrictions for two to three weeks. This is done until more people are vaccinated and national quarantines can be relaxed.
Laschet said the stricter regulations aim to reduce the number of positive cases of the coronavirus to less than 100 cases per 100,000 people. As well as holding mandatory checks, digital contact tracing is widespread and opening up the economy of several places.
"My plan is for a bigger effort," the prime minister of the State of North Rhine-Wesphalia told ZDF television station, Tuesday (6/4).
"Then we can enter a new period where we can gradually open up the economy again," said Lanchet, who wants to run in the CDU chancellor election in September.
Laschet had previously criticized Chancellor Merkel for refusing to tighten social restrictions. He will carry out this plan in meetings with chancellors and prime ministers of other states. The government spokesman had no objection to Lanchet's plan.
"The federal government is always ready to consult, they are well prepared," the spokesman said.
The reaction from the prime ministers of the states was mixed. Despite months of national quarantine, Germany is still struggling to contain the spread of the virus and many virus experts say tightening social restrictions is inevitable.
Germany's vaccination program lags behind Israel, the United States (US) and the UK. Only 12 percent of the German population has been vaccinated against the first dose. This Tuesday Germany confirmed 6,885 positive cases of the corona virus.