Hamas: No Election Without Participating of Jerusalemites 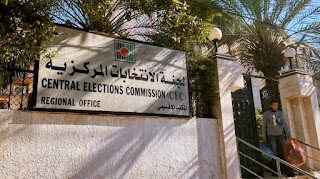 UMMATIMES - The Hamas group reiterated the need to allow Palestinians in East Jerusalem to participate in the upcoming Palestinian national elections.
He stressed that there would be no elections without Jerusalem. "We repeat our statements and our insistence on the participation of our people in Jerusalem, from within Jerusalem, in the upcoming elections, in terms of candidacy, voting and representation, as happened in the 2006 elections," said member of the Hamas political bureau, Izzat al-Rishq. , in a statement to Anadolu Agency on Monday.
He stressed that it was a constant and uncompromising position. "There will be no elections without Jerusalem, because of the historical rights and symbolic struggles it represents for the Palestinian people," he said.
Al-Rishq said the Palestinian people would use all their strength and means to pressure Israel into allowing elections in Jerusalem. "The Arab and Muslim nations as well as the international community are required to suppress the (Israeli) occupation to prevent it from blocking the holding of elections in Jerusalem and support the Palestinian people achieve their aspirations for unity, freedom and independence," he said.
He emphasized that Jerusalem has been and will remain the capital of Palestine. "He is a symbol of our struggle and resistance," said al-Rishq.
East Jerusalem is Israeli-occupied territory. So far Israel has not responded to requests to allow Palestinians living in the region to participate in the elections.
After a 15-year hiatus, on May 22, Palestine will hold legislative elections. Then on July 31, Palestine will hold a presidential election. At least 2.6 million Palestinians have registered to participate in the elections.
Palestinian political factions have agreed to hold legislative and presidential elections as scheduled by President Mahmoud Abbas. This was concluded in a two-day meeting in Cairo, Egypt, on 8 and 9 February. Elections must be held in the West Bank, Gaza Strip and Jerusalem without exception.
Palestinian political factions vowed to respect the election results. They also agreed to establish an Election Case Court based on consensus and will involve judges from Jerusalem, the West Bank and the Gaza Strip.
The court is responsible for monitoring all matters relating to the electoral process, election results and other related matters. The Palestinian president will issue a presidential decree for its formation and determine its function based on consensus and according to law.