Kamala Harris; will occupy the official residence of the vice president 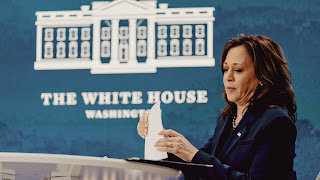 UMMATIMES - After nearly two months of living in the makeshift home, United States (US) Vice President Kamala Harris will soon pack up and take up her official residence. He will live in a house located on the US Navy Observatory complex.
Thursday (1/4) senior adviser and spokesman for the US Vice President, Symone Sanders tweeted next week Harris and husband Doug Emhoff will move to the official residence of the Vice President on Massachusetts Avenue, Washington when some repairs are completed. Sanders did not disclose the date.
Sanders said the 19th-century Victorian home's heating, ventilation and air conditioning systems had been improved. The chimney and wooden floor have also been replaced.
The US government said it was easier to repair the house when former US Vice President Mike Pence and his family had moved. Since their appointment on January 20, Harris and Emhoff have lived temporarily at Blair House, the state guest residence on Pennsylvania Avenue, across from the White House.
Harris, a former Senator from California and her husband, returned to Los Angeles and spent the Easter Holidays there. On Monday (5/4) he is scheduled to attend a public meeting in Oakland, California.
The next day he flew to Chicago before returning to Washington. The District Police of Columbia recently arrested a man near the vice president's residence on a firearms possession article.