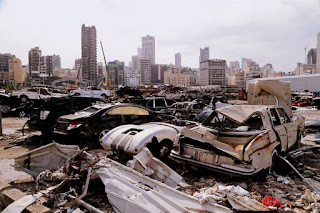 UMMATIMES - The Lebanese Prime Minister, Saad al-Hariri, intends to ask Russia for economic assistance during a visit this weekend. The funds will be used to restore the Beirut port which was destroyed by a chemical explosion in August last year.
The RIA news agency quoted Hariri's special representative, George Shaaban, as saying the prime minister would seek Moscow's support to help address the electricity shortage. Beirut plans to build additional power plants.
"There is a need to build new power plants that can supply 24 hours of electricity to the country ... We will look into Russia and its possible assistance to Lebanon, both in this sector and beyond," said Shaaban.
Hariri will also discuss the possibility of Russia supplying a vaccine to fight the Corona virus. Lebanon reported a total of 499,839 infections after the latest addition of 1,985, while the death toll has totaled 6,985 with an additional 35.
Lebanon is facing an economic and political crisis, compounded by the explosion that killed 200 people and caused billions of dollars in damage. Last week, German firms including Hamburg Port Consulting presented a multi-billion dollar plan to rebuild the port and neighboring districts. Meanwhile French container shipping group CMA CGM also said it was pursuing plans to restore the port.
So far no project can be implemented until the Lebanese leaders break the political deadlock that has prevented the formation of a new government and halts economic reforms. Hariri, who was prime minister three times, resigned in 2019 after nationwide protests against a political elite that demonstrators accused of pushing the country into crisis.
He was nominated for prime minister again in October but remains at odds with President Michel Aoun and cannot form a new government.