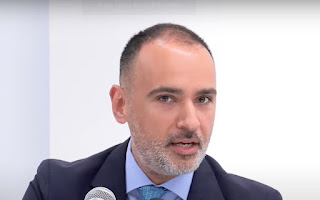 UMMATIMES - The Interim Prime Minister of Lebanon, Hassan Diab, approved a draft decree that expands maritime border claims related to the dispute with Israel, Monday (12/4). Diab signed the document after the minister of public works and the minister of defense approved it.
The amendments will add about 1,400 square km to the exclusive economic zone claimed by Lebanon in its filing with the United Nations (UN). This draft corresponds to an amendment to the original decision 6433 in 2011 for official claims to register new maritime zone coordinates.
Negotiations between Lebanon and Israel were launched in October to try to resolve the dispute. But talks that were the culmination of three years of diplomacy by the United States (US) have stalled. "I hope (the decision) will be signed because everyone, the defense minister and prime minister and president, is concerned about this," said Minister of Public Works, Michel Najjar.
Israel is already pumping gas from a large offshore field but Lebanon has yet to find commercial gas reserves in its own waters. "We will not give up an inch of our homeland or a drop of water or an inch of its dignity," said Najjar.
Israel's Energy Minister, Yuval Steinitz, said Lebanon's latest move would derail talks rather than help work towards a common solution. "Lebanon's unilateral actions will, of course, be met with parallel actions by Israel," he said in a statement.
Lebanon is currently experiencing a severe financial crisis that threatens its stability. The country is in dire need of cash as it faces its worst economic crisis since the 1975-1990 civil war.