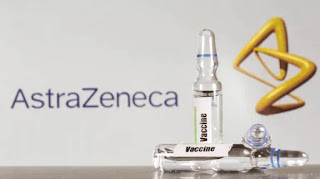 UMMATIMES - The Dutch government temporarily suspended coronavirus vaccination with the AstraZeneca vaccine for people under 60 years old on Friday (2/4/2021).

This decision was taken following reports of a small number of people suffering from unusual blood clots after receiving the injection.

The Dutch decision came three days after authorities in Germany also stopped using the AstraZeneca vaccine for those under their 60s.

The policy was adopted citing new concerns over unusual blood clots being reported in a small number of those receiving injections in Germany.

Friday morning (2/4/2021) a Dutch organization that monitors vaccine side effects said it had received five reports of blood clots with low blood plate counts after vaccination.

All cases occurred between seven and 10 days after vaccination, all affected persons were women aged between 25 and 65 years.

The organization said in the period when five cases were reported, about 400,000 people had been vaccinated in the Netherlands with the AstraZeneca injection.

"I think it is very important that the Dutch report is well investigated," said De Jonge.
The news is another setback for the AstraZeneca vaccine, which is critical to Europe's immunization campaign and is a key element in the global strategy for getting injections into poor countries.
AstraZeneca is known to be cheaper and easier to use than competing vaccines from Pfizer and Moderna.
The incident comes two weeks after the European Union's drug regulator said the vaccine did not increase the overall incidence of blood clots following similar fears.
The European Medicines Agency said at the time that the benefits of vaccination outweigh the risks.
But can't rule out the link between the injection and some unusual types of clots, and recommend adding a warning about possible rare side effects.
Most EU countries, including Germany, returned to using the AstraZeneca vaccine on March 19.
De Jonge said the Dutch pause came ahead of next week's update from the EU drug agency on the AstraZeneca vaccine.