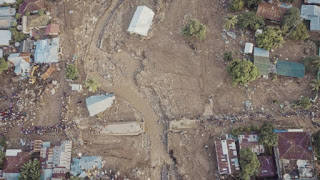 UMMATIMES - The Organization of Islamic Cooperation (OIC) expressed its condolences to Indonesia for the catastrophic cyclone Seroja that hit the East Nusa Tenggara (NTT) region. The OIC calls on its members to provide assistance to Indonesia.
"Secretary General Dr. Yousef A. Al-Othaimeen expressed his sincere condolences to the families of the bereaved victims, and expressed his hope that those who were injured would recover soon," the OIC said in a statement on Thursday (8/4), quoted by the Anadolu Agency website. .
Al-Othaimeen appealed to OIC member countries, donors, and humanitarian and financial institutions throughout the Muslim world to provide all forms of assistance to Indonesia. It is hoped that this will make it easier for Indonesia to respond to and deal with the impact of disasters.
Cyclone Seroja that hit NTT Province has killed at least 163 people. The storm that also triggered the flash floods destroyed thousands of homes.