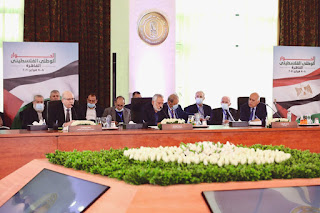 UMMATIMES - Palestine has announced 36 approved candidates to stand for legislative elections in May. It was the first Palestinian general election in 15 years.
The legislative vote will take place before the presidential election scheduled for July 31. This general election is an attempt by the Hamas and Fatah factions to increase international support for Palestinian rule. The two factions have until Wednesday (7/4) to submit their list of candidates for the legislative elections on May 22.
Reported by Aljazirah, Monday (5/4) the names of the legislative candidates will be published on Tuesday (6/4). However, the Palestinian election commission announced on its website that it had approved 36 candidates on Sunday.
Palestinian political factions have agreed to hold legislative and presidential elections as scheduled by President Mahmoud Abbas. This was concluded in a two-day meeting in Cairo, Egypt, on 8 and 9 February.
As the Palestinian news agency WAFA's website reported, in a joint statement released after the meeting, the Palestinian factions said they would adhere to the schedule set for the legislative and presidential elections. They promised to respect and accept the election results.
Palestinian factions have also agreed to establish a Case Election Court based on consensus and will involve judges from Jerusalem, the West Bank and the Gaza Strip. The court is responsible for monitoring all matters relating to the electoral process, election results and other related matters. The Palestinian president will issue a presidential decree for its formation and determine its function based on consensus and according to law.
Palestinian factions also agreed to allow freedom of expression and the immediate release of all prisoners held on the basis of their factions or for reasons of freedom of speech. They agreed to guarantee political and national work rights for all Palestinian factions in the West Bank and Gaza Strip.
They asked President Abbas to issue a binding decision on this matter and set up a national monitoring committee to follow up on its implementation. Palestinian factions have joined in calling for an end to all political and social problems resulting from the division.