Queen Elizabeth II; Appearing in Public for the First Time 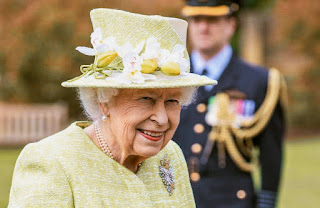 UMMATIMES - Queen Elizabeth II of England held her first face-to-face meeting this year on Wednesday (31/3). The meeting was held two days after the tight Covid-19 lockdown was relaxed.
The 94-year-old queen has carried out her official duties via video since the lockdown was imposed at the start of the year. The first in-person assignment was to visit the Air Force memorial at Runnymede to mark the 100th anniversary of the Australian Air Force.
Runnymede is close to Windsor Castle, west of London, where the Queen lives with her husband, Prince Philip. "It's been a long time since I was here," he said.
The last meeting the Queen has held in public was in December in Windsor. At that time he thanked local volunteers and key workers. He has rarely left the castle since the pandemic outbreak in March last year.