Queen Elizabeth Returns to Service in the British Empire 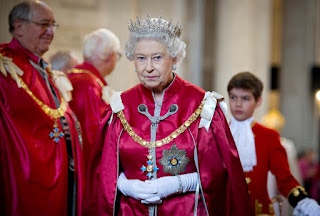 UMMATIMES - Queen Elizabeth returned to service in the British kingdom on Tuesday (13/4), exactly four days after the death of her husband, Prince Philip. PA media reported that Queen Elizabeth attended an event marking the retirement of the most senior official in the royal household.
In recent years, the Queen has reduced her official duties. He left several royal duties to Prince Charles, Prince William, and other senior royals. Yet the Queen continues to carry out the most symbolic of royal duties, such as the opening of parliament.
Queen Elizabeth's son, Prince Andrew, said the Queen was very resilient in the face of losing her soulmate. The queen described Philip's departure as leaving a huge void in her life.
Prince Philip died at Windsor Castle on Friday (9/4) at the age of 99. Philip has been at the Queen's side during the 69 years of her reign. Philip's funeral is planned to be held on Saturday (17/4). Prince Philip or Duke of Edinburgh married Elizabeth in 1947.
The British government has ensured that the period of national mourning will continue well after the funeral. Separately, the Queen has decided that the royal mourning period of two weeks will be carried out by members of the royal family, who will carry out the appropriate activities while wearing black mourning ribbons.
Philip's funeral, which will be held on Saturday, will be completely confined to Windsor Castle, after an eight-minute ceremonial procession inside the castle grounds. There will be no public access to the funeral, although a short service and procession will be broadcast on television. Prayers in the Chapel of St George, will begin at 3 p.m. and will begin with a one-minute national silence.