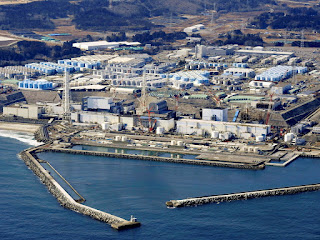 UMMATIMES - South Korea has raised concerns over Japan's decision to release contaminated water from the Fukushima nuclear plant into the sea.
This was said by the South Korean side to the United States (US) climate envoy John Kerry. However, said the Ministry of Foreign Affairs of South Korea, Kerry emphasized that Washington believed Japan's transparency regarding the plan.
Launching Channelnewsasia.com, Kerry arrived in Seoul on Saturday (17/4/2021) to discuss international efforts to tackle global warming during his trip.
He will also stop in China ahead of President Joe Biden's virtual summit with world leaders on climate change on April 22-23, 2021.
On the other hand, South Korean Foreign Minister Chung Eui-yong is trying to garner support behind the protests against Fukushima's plans at a dinner meeting with Kerry.
Under the plan, more than 1 million tonnes of water will be discharged from factories damaged by the 2011 earthquake and tsunami into a nearby sea off the east coast of Japan. Seoul strongly rebuked the decision.