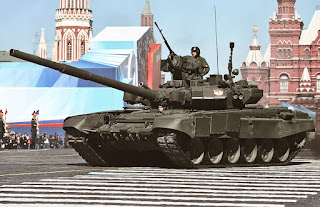 UMMATIMES - Russia is discussing the possibility of additional production of its military equipment in India. This was conveyed by Russian Foreign Minister Sergei Lavrov.
Speaking at a joint press conference with Indian Foreign Minister Subrahmanyam Jaishankar in New Delhi on Tuesday, Lavrov did not specify what types of equipment could be made in India. However, officials from both countries said their governments had discussed for several years the possibility of building Russian military helicopters in India.
"We have confirmed our determination to develop technical-military cooperation. This (cooperation) has its own plans, and prospects for additional production of Russian military equipment on Indian territory are being discussed," Lavrov said.
He added that there is an intergovernmental commission to deal with the matter. Although such an agreement would be compatible with Indian Prime Minister Narendra Modi's make-in-India program, such a move could anger the United States.
Lavrov said the US has been trying to prevent countries from buying Russian weapons. However, the topic of US objections did not come up during his talks with Jaishankar, which focused on deepening military ties.
Washington has warned that New Delhi risks facing sanctions if India goes ahead with the purchase of Russia's S-400 surface-to-air missile system under a deal reached in 2018. Even though the US does not make the same threat of purchasing another Indian weapon from Russia.
The US has urged India not to purchase the S-400 air defense system as it could trigger sanctions under the Against America's Enemies Through Sanctions Act. Turkey was sanctioned last year for buying the same equipment. India made an initial payment of $ 800 million in 2019, and the first packets of flak artillery are expected to be delivered towards the end of this year.