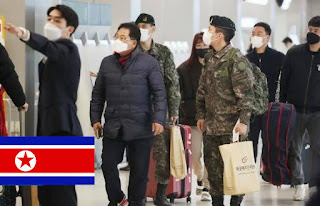 UMMATIMES - Scarcity of basic goods, medicines and limited health services forced foreign diplomats to leave North Korea. The deprived conditions in the capital city of Pyongyang are considered to have reached crisis level, reports the Russian Embassy.
In a message on Facebook, the Russian embassy reported that the exodus of foreign diplomats left only 290 foreigners remaining in the communist country. "Those leaving the capital are understandable," he wrote.
"Hardly anyone can stand up to the severely restrictive total restrictions, acute shortages of a number of basic goods, including medicines, and the lack of opportunities to get proper health care."
The North Korean government has closed borders to contain the coronavirus outbreak and has banned international travel. The mobility of the population within the country is also limited.
Currently only nine foreign ambassadors and four senior diplomats remain in Pyongyang. Most of the embassies have reduced the number of staff as much as possible, wrote the Russian Embassy again.
Britain, Brazil, Germany and a number of other countries have reportedly locked the embassy gates. Meanwhile, employees of international aid organizations have already returned to their respective countries.
"One thing is clear - unfortunately, the last group to leave the country will not be the last. The exodus of foreigners will continue," added the Russian representative.

Cessation of imports from China

Last month, Russian diplomats took his family on a hand-operated rail trolley across the border. Restrictions in North Korea have also crippled transportation to and from abroad.
"Because the border has been closed for more than a year and passenger traffic has been stopped, it will take a long and difficult journey back home," the Russian Foreign Ministry wrote in a post on social media.
Diplomats reportedly pushed the trolley more than 1 kilometer across the Tumen River that separates Russia and North Korea.
In a report released last month, Human Rights Watch reported trafficking between North Korea and China had fallen by 80%. As a result, imports of foodstuffs and medicines shrank to zero last year. As a result, it is now difficult for residents to buy food, soap, toothpaste or even batteries.
So far, Pyongyang has denied reports of cases of transmission of the corona virus in its country. However, foreign analysts believe the outbreak is already spreading, especially among the military and in border cities.
Last week six North Korean border guard troops defected to China due to "hunger and exhaustion," reports the Guardian. Although defection is not rare in North Korea, illegal crossings by groups of people are rare.