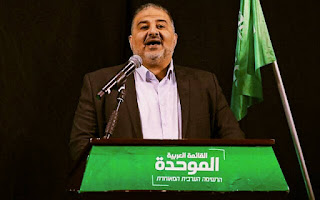 UMMATIMES - The Islamic Ra'am Party made history for being a determinant in Israel's general elections. The Chairman of Ra'am, Mansour Abbas, took advantage of this moment to call for Arab-Jewish cooperation in the next government.
Speaking in Hebrew, Abbas asked the Jewish parties in Israel not to boycott Islamic parties to join the next government. "Now is the time to change," he said as quoted by the Times of Israel, Friday, April 2, 2021.
Last week's Israeli elections ended with no party controlling the majority of seats in the Knesset (parliament). Like it or not, the parties there must form a coalition to win the seat of Prime Minister.
Unfortunately, the government coalition backing Benjamin Netanyahu and the opposition parties has not yet met the threshold required to nominate a prime minister. This is where the Ra'am party is the key because it has not yet decided which side to join.
If Benjamin Netanyahu wants to return to power or the opposition wants to seize power, it must be able to embrace the Ra'am Party. Unfortunately, cooperation between Ra'am and the Jewish parties behind Netanyahu is likely to be difficult.
During his speech, which was broadcast live Thursday evening by all of Israel's major television networks, Abbas did not express his support for Netanyahu or opposition leader Yair Lapid. He also refused to associate his party with any political bloc.
Abbas stressed that he was willing to work with all Jewish political parties, left and right, breaking with Israel's decades of Arab political tradition of avoiding close cooperation with the Israeli government over the conflict with the Palestinians.
"What unites us all is greater than what divides us," Abbas said.
The Islamic politician defines himself as a Muslim and an Arab, but also an Israeli citizen.