TikTok Allowed in Pakistan; Promises to Watch Out for Obscene Content 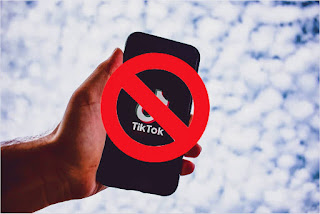 UMMATIMES - The Pakistani government has lifted the ban imposed on the top TikTok app for containing vulgar, immoral and unethical content. This is the second time TikTok has been blocked and allowed to return to Pakistan.
The lifting of this ban was carried out after TikTok promised to monitor the content that was shared using it more closely. Pakistan Telecommunications Agency senior official Tariq Gandapur said the government has been in communication with TikTok to ensure they block users sharing obscene content.
"The app has convinced us that it will filter and moderate content," Jahanzeb Mehsud, a lawyer for the Pakistan Telecommunications Agency, told the AFP news agency.
Earlier a court in the northwestern city of Peshawar ordered communications regulators to block the app for videos deemed contrary to Pakistan's moral values ​​last month.
The app, owned by China-based ByteDance, has been downloaded nearly 39 million times in Pakistan. TikTok is becoming a very popular application among youth, especially in rural areas.
One of Prime Minister Imran Khan's advisers criticized TikTok for promoting the exploitation, objectification and sexualization of young girls.
TikTok welcomes the lifting of the ban. "We are delighted that TikTok is once again available to our community in Pakistan," he said in a statement, adding that they were committed "to promoting a safe and positive online community".