UK Covid-19 Passport Is One Option 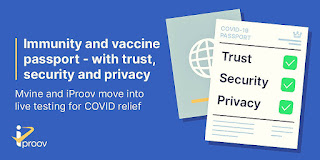 UMMATIMES - The World Health Organization (WHO) does not support the passport requirement for vaccination for entry or exit. A spokesman said this was because there was uncertainty as to whether the inoculation was preventing transmission of the virus, as well as equity issues.
"Currently, WHO hopes to review China's Sinopharm and Sinovac Covid-19 vaccines for a possible emergency use list around the end of April," said WHO spokeswoman Margaret Harris at a UN press conference, Tuesday (6/4).
Meanwhile, UK Vaccine Minister, Nadhim Zahawi, said no decisions had been made on vaccine passports. "It would be 'negligent' for the government not to see Covid certification as a way to fully reopen the economy," said Zahawi.
Amid criticism of the plan, Zahawi said it was true that they were considering all available options to restore their lives amid the pandemic. Meanwhile, the Government says certificates showing vaccination, testing or immunity status can provide guarantees. Reporting from the BBC, on Monday (5/4), Prime Minister Boris Johnson did not rule out the idea.
However, many lawmakers criticized the plan. However, Zahawi wanted to demonstrate the concept of using the Covid-19 vaccination passport, to allow for international travel that is different from reviews about its use in the UK.