US Congressman Shows Off Sexual Activity to Colleagues 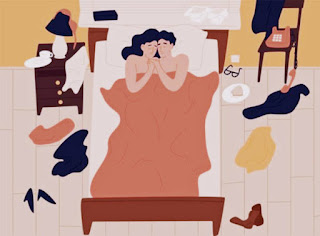 UMMATIMES - The United States Department of Justice (US) investigates member of the United States (US) Congress (US) Matt Gaetz who is suspected of dating a minor. Not only that, Gaetz was also accused of showing off photos and videos of naked women to other members of Congress.
Two sources said Gaetz confessed to sleeping with the women. The Republican House of Representative member is being investigated by the US Department of Justice for allegedly dating a minor. On the political scene he is known as a staunch defender of the conservative wing and a staunch supporter of former president Donald Trump.
Several sources said that in Congress, Gaetz was known to often tell his sexual adventures to his colleagues in the legislature. Two sources show a naked photo with a hula-hoop on display by Gaetz. "This is an honor," said a source regarding Gaetz, Friday (2/4).
There was no indication the photo was related to a Department of Justice investigation. Federal investigators are investigating whether 38-year-old Gaetz has had a relationship with a 17-year-old woman. He is also suspected of violating laws on sex trafficking and prostitution.
Gaetz denied the allegations by claiming he was a victim of extortion. The FBI is investigating the claim. Gaetz and his spokesman did not respond to requests for comment regarding the photos and videos being shown to members of Congress. After the Justice Department investigated him this week a number of Republican members of Congress such as Jim Jordan and Marjorie Taylor Greene defended Gaetz. But most Republicans remain tight-lipped.