US Couple Sentenced to 20 Years in Prison, After Trying to Join ISIS in Yemen 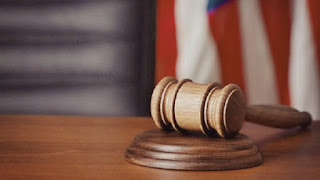 UMMATIMES - A married couple from the United States (US) was sentenced to 20 years in prison. They are suspected of supporting a terrorist group, intending to go to Yemen and join the Islamic State (ISIS) group.
It was discovered that a couple named James Bradley (20) from New York and Arwa Muthana (29) from Alabama were prevented on Wednesday (31/3) when they were about to board a cargo ship in Newark, New Jersey.
The US Justice Department says Bradley has expressed his violent extremist views since at least 2019. In contacts with undercover law enforcement staff last year, he has repeatedly said he believes in ISIS.
Bradley also told the agent he was willing to carry out attacks on US targets, including the US Military Academy at West Point.
Bradley was discovered by the FBI after a friend was arrested in 2019 for planning to travel to Afghanistan to join the Taliban.
"Since then, Bradley has continued to express his desire for violence to support radical Islamic ideology, direct his support and loyalty to ISIS, and seek to travel abroad to join and fight for ISIS," the FBI said.
Bradley also spread ISIS propaganda to the agent and the two discussed options for joining an extremist group or launching attacks in the United States.
Furthermore, the 20-year-old man finally decided to go to Yemen and join ISIS with his wife, Muthana, a woman he married in January 2021.
"If I don't find them, I will probably go to Somalia," he told the agent, referring to the East African country where the al-Qaeda-linked extremist group al-Shabaab is threatening the government.
The case shows that the terrorist group still attracts a large number of people in the United States, even after ISIS was defeated by US and allied forces in Iraq and Syria.
"The threat of terrorism at home and abroad remains," said Assistant Attorney General John Demers.
"The department is committed to holding accountable those who would provide material support to foreign terrorist organizations," said John Demers in a statement.
Both Bradley and Muthana face up to 20 years in prison on charges of conspiring to provide material support to a foreign terrorist organization.