US Revokes Sanctions on the International Criminal Court 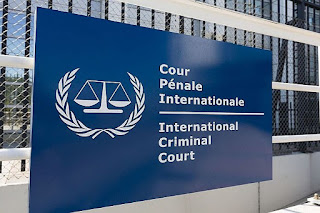 UMMATIMES - United States (US) on Friday (2/4) sanctions against the prosecutor of the International Criminal Court (ICC) Fatou Bensouda which drew international criticism. Previously under the administration of former President Donald Trump, the US imposed sanctions on these prosecutors.
The lifting of sanctions was announced by US Secretary of State Antony Blinken. The US is lifting sanctions imposed on Bensouda over its investigation into whether American troops committed war crimes in Afghanistan. In a statement, Blinken said the State Department had also suspended a separate 2019 policy on visa restrictions on certain ICC personnel. The US also removed sanctions against ICC Head of Jurisdiction Phakiso Mochochoko, Division of Complementary and Cooperation, from the list of Specially Designated Nationals.
"This decision reflects our assessment that the actions taken were inappropriate and ineffective," Blinken said, as reported by Middle East Monitor, Wednesday (7/4).
Blinken said Washington is taking steps to lift sanctions, although it does not agree with the ICC's actions with regard to the situation in Afghanistan and Palestine. In addition, the US is also to reject the ICC's actions which seek to assert jurisdiction over non-State party personnel such as the United States and Israel.
"We are confident, however, that our concerns about these cases will be better addressed through engagement with all stakeholders in the ICC process rather than through the imposition of sanctions," said Blinken.
Blinken said Washington was pushing for a number of reforms and was considering helping the ICC prioritize its resources in serving the courts. It is an effort to prevent crime and enforce the law.
An ICC spokesman said the courts and their regulatory bodies from member states welcomed the US move. President of the Assembly of States Parties Silvia Fernandez de Gurmendi said it would contribute to strengthening the work of the court and to promoting a rules-based international order.
"I believe this decision marks the beginning of a new phase of our joint efforts to fight impunity," said de Gurmendi.