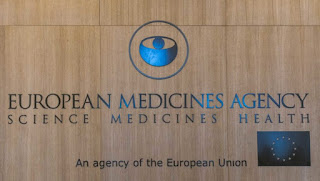 UMMATIMES - German Health Minister Jens Spahn revealed plans for talks with Moscow regarding the purchase of the Sputnik V vaccine. However, on the other hand, the European Union said additional doses were not needed at this time.
The German government is making plans to bilaterally buy Russia's Covid-19 vaccine, Sputnik V, if it meets the approval of European Union regulators, in this case the European Drug Administration (EMA).
"The European Commission has said that they will not sign a contract [for Sputnik], in contrast to other producers, such as BioNTech for example," Health Minister Jens Spahn told German public broadcaster WDR.
"So I represented Germany during a meeting of EU health ministers saying that we [Germany] will hold bilateral talks with Russia," added Spahn.
Spahn did not say when the talks with Russia would take place, but stressed that vaccine shipments must arrive within the next two to five months.
So far, about 13% of the population in Germany has been vaccinated.

Why does Germany want a Russian vaccine?

It is believed that the influx of doses of Russia's Sputnik V vaccine will help Germany's vaccination program which is slow due to supply problems. Germany has been relying on the EU to coordinate the purchase and distribution of the COVID-19 vaccine.
The European Commission faces criticism over problems with vaccine distribution, but the EU is also reluctant to buy more vaccines from outside the bloc. They predict that there will be sufficient supplies coming from previously approved vaccine manufacturers.
On the other hand, the European Drug Administration (EMA) has gradually started a review of the Sputnik V vaccine since last March. On Wednesday (07/04), the southern German state of Bavaria said it had even signed a letter of intent to buy 2.5 million doses of Sputnik V vaccine if it met EMA approval.
Vaccine production capacity has also been set up at the pharmaceutical company R-Pharm in the city of Illertissen, Bavaria.
Jutta Paulus, a pharmacist and member of the German European Parliament, told DW that waiting for EMA approval was the right way to go. "The EMA did a very thorough check of all the data," he said.
"I can't understand the approach of another EU member state that says, 'Well, it doesn't matter about the EMA; we just believe that it has to be safe because people have been vaccinated and we've never heard of anyone dying,'" he added.

What does the European Union say?

I commend the efforts of the women and men who are manufacturing the vaccines and found solutions
to increase and stabilise industrial #production. https://t.co/RmyMVbPcpw

EU Vaccine Chief, Internal Market Commissioner Thierry Breton, said in a blog post on Thursday (08/04) that he does not believe the Russian vaccine doses will arrive in time.
While Breton says he has no reason to doubt the effectiveness of vaccines approved outside the EU, EMA approval usually takes several months and therefore countries should concentrate on vaccines already approved.
Breton said he was optimistic that the EU would have enough vaccine doses by the end of June to vaccinate 70% of the total number of adults. With around 108 million doses administered in the first quarter of 2021, Breton predicts a further 360 million will be delivered soon for the second quarter.