Amazon will Create a Dedicated Space to Relieve Employee Stress 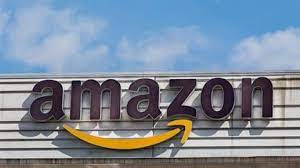 UMMATIMES - Tech giant Amazon plans to create a dedicated space to relieve stress that its employees might feel. The wellness center will be named "AmaZen" which focuses on the mental health of Amazonian staff.
The company, based in Seattle, Washington, United States, announced plans via video shared on its official Twitter account. But unfortunately, Amazon has deleted the upload due to a lot of criticism from netizens.
In the deleted video, the "AmaZen" pod looks just about the size of a payphone booth, with a chair, a small computer on a wall table, and a few small plant pots on a shelf. The top panel of the booth is decorated with paintings of blue skies and clouds.
"Employees can visit" AmaZen "and watch a short video featuring well-being activities that are easy to follow, including guided meditation, positive affirmations, and soothing sound scenes," says Amazon.
The goal is that stressed workers can sit in a cubicle and watch relaxation videos. On May 17, the company announced a WorkingWell scheme that will allow staff to have physical and mental activity, fitness training, and healthy eating support.
In fact, the initiative sparked a wave of ridicule from other social media users. Not to mention the news site Motherboard which describes the "AmaZen" room as "a coffin-sized booth in the middle of an Amazon warehouse".
Some netizens were quick to re-upload the video to another account, calling it the "crying booth" or calling Amazon's work practice a "dystopia". Quoted from the BBC page, Amazon has been repeatedly criticized for the working conditions at its facilities.