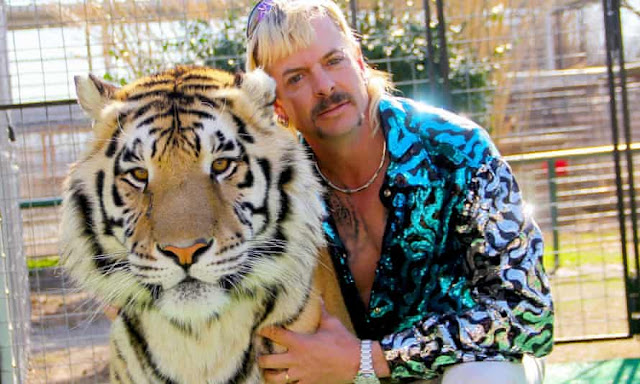 UMMATIMES - US authorities seized 68 lions, tigers, jaguars and hybrid lions from an Oklahoma zoo, which last year appeared on a Netflix show titled Tiger King.
The United States Ministry of Justice said Thursday, May 20, 2021, that prosecutors firmly believe that 46 tigers, 7 lions, 1 jaguar and 15 hybrid lions that belong to Jeffrey Lowe and his wife Lauren Lowe have been bought and sold. This action certainly violates the Endangered Species Act (ESA).
In the United States, animal protection is regulated and animals can be confiscated.
“There is possible reason to believe that 68 species of giant cats and jaguars continue to be abused and abused. This is an act of violating the ESA, ”reads the report which is more than 50 pages thick.
According to Jean Williams, Assistant Attorney General at the United States Department of Justice for environment and natural resources, the confiscation of the animals should send a clear message that the Ministry of Justice will take animal protection issues seriously under the Species Act.
The case is currently being investigated by the United States Department of Agriculture and the Ministry of Home Affairs, wildlife services and fisheries. The couple Jeffrey and Lauren were prosecuted in November 2020 on charges of violating ESA laws and wildlife laws.
The United States Ministry of Justice accused the couple of exhibiting the animals without permission and endangering them. The Tiger King series, featuring a private zoo and its quirky owner, became a phenomenon when it aired by Netlfix in March 2020.