China Allow Its Citizens To Have Three Children 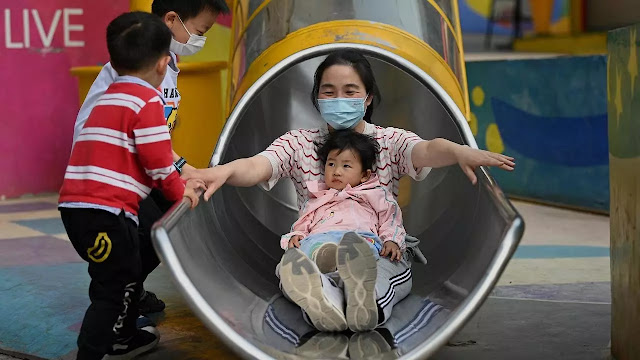 UMMATIMES - China announced that married couples were allowed up to three children. This marks a major policy shift from the current limit of two children, after the latest data shows a dramatic drop in the birth rate in the world's most populous country.
The changes were approved during a politburo meeting chaired by President Xi Jinping, according to the official Xinhua news agency report.
"To further optimize the birth policy, (China) will implement a one-couple-can-have-three-child policy," the Xinhua report said.
In 2016, China scrapped its decades-old one-child policy to stop a population boom. While the two-child limit also fails to regulate sustainable birth rates as the high cost of raising children in Chinese cities prevents many couples from having children.