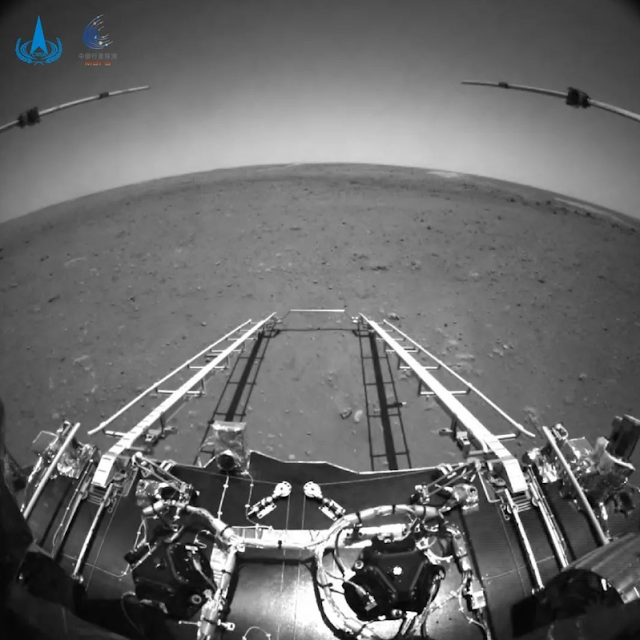 UMMATIMES - China has released the first photographs captured by its rover, Zhurong, on Planet Mars.
The front view shows the landscape in front of the robot while on the landing platform; the back photo reveals Zhurong's solar panels.
The Chinese rover landed on the Red Planet - known as Mars - on Sunday morning, Beijing time.
With this landing, China became the second country - after the United States - to successfully land its vehicle on the surface of Mars and operate it for a significant period of time for research purposes.