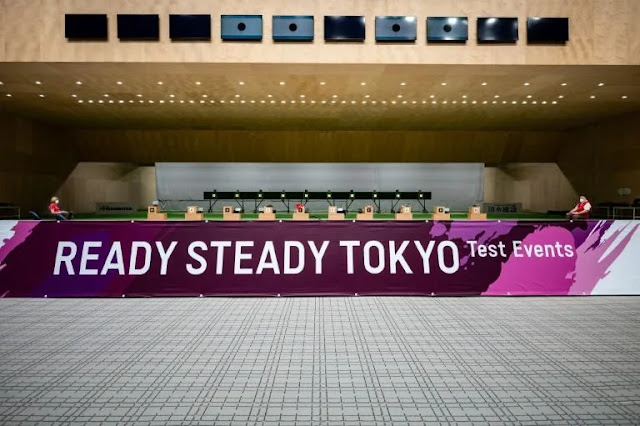 UMMATIMES - The head of the Japanese doctors' union warned that holding the Olympics in Tokyo this summer could lead to the emergence of a new strain of the coronavirus. "The Olympics will be attended by tens of thousands of people from all over the world.
Japan has pledged to hold a "safe and secure" Olympics in Tokyo after a year-long delay. However, Japan is struggling with a fourth wave of coronavirus infections.
Japan is also preparing to extend a state of emergency in parts of the country. Japanese officials, Olympic organizers and the International Olympic Committee (IOC) have pledged that the Olympics will continue, even under strict virus prevention measures.
Overseas viewers have been banned from attending, while a decision for domestic viewers will be announced next month. Although steps have been prepared, concerns over the entry of athletes and officials to Japan remain.
With people coming from more than 200 countries and regions arriving, the Olympics, which will start in eight weeks. According to the head of the Japanese Doctors' Union, Naoto Ueyama, the potential poses a danger.
"All the different types of virus mutants that are in different places will be concentrated and congregate here in Tokyo. We cannot deny the possibility that even a new type of virus could potentially emerge," Ueyama said.
However, the director of the Institute of Population Health at King's College, London, Kenji Shibuya, who recently helped with a vaccination campaign in Japan, sees little potential for any particular danger to the Olympics. some are immunized for a long period of time, "said Shibuya.
"So the current situation in Japan is more dangerous than (during) the Tokyo Olympics, in my opinion."
Tokyo Olympics official partner, Asahi Shimbun, Wednesday (26/5), urged the Olympics to be canceled. However, former IOC vice president Dick Pound, on the same day, said the Olympics must and will continue.
The Japanese government is currently preparing to extend a state of emergency in most of the region which was originally due to be lifted on May 31. The state of emergency is likely to be extended to June, a few weeks before the Olympics start on July 23.
However, IOC member John Coates said the Olympics could be held in a pinch, which Ueyama thought was annoying. "In relation to this statement, the Japanese people are very angry about this, and this is even worse for health care and medical professionals, "said Ueyama.
Earlier this week, the United States issued a warning against traveling to Japan. However, Olympic organizers say it will not affect the Olympics.