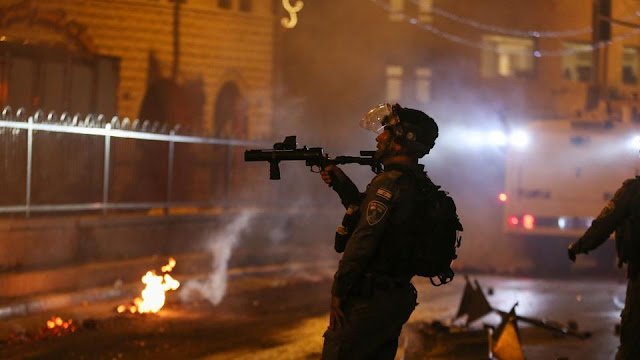 UMMATIMES - Turkish President Recep Tayyip Erdogan said Israel's actions to attack congregations of the al-Aqsa Mosque and carry out forced evictions of Palestinians in Sheikh Jarrah violated human rights (HAM). Erdogan asked Israel to immediately stop this action.
"The heinous attacks against the al-Aqsa Mosque and Muslims must be stopped immediately," Erdogan said, as reported by Anadolu Agency, Thursday (13/5).
"Israel's actions violate decisions by the joint organization of mankind, fundamental human rights, international law and all human values. It is the duty of every Muslim to protect the honor, glory and dignity of the holy city of Jerusalem," Erdogan added.
Erdogan said that if the UN Security Council fails to stop Israel's actions promptly and effectively, the international system will be damaged. Erdogan repeated his criticism of the UN Security Council and its five permanent members.
"The world is bigger than just five (permanent members of the UN Security Council, ed)," said Erdogan.
Tensions have risen since an Israeli court ordered the eviction of Palestinian families from East Jerusalem's Sheikh Jarrah neighborhood. This led to protests from Palestinians which were followed by Israeli attacks on Palestinian civilians.
Tensions in East Jerusalem have escalated into clashes between Israeli police and Palestinians around the al-Aqsa Mosque. Confrontations broke out between Palestinians and Israeli police in parts of East Jerusalem on Sunday, including in Sheikh Jarrah and outside the Old City as well as in Haifa, a mixed Arab-Jewish city in northern Israel.