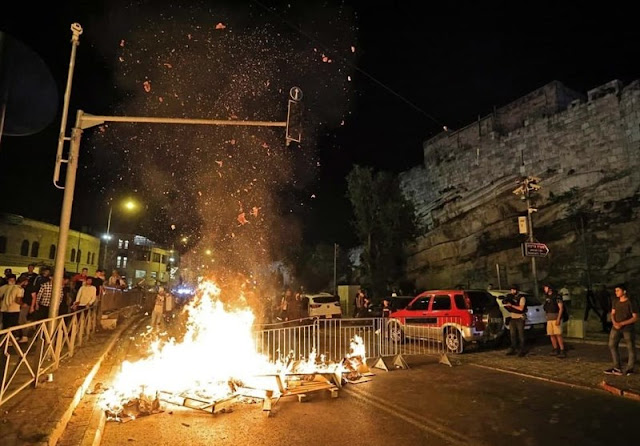 UMMATIMES - The European Union condemns the Palestinian rocket attacks on Israel. The bloc asks all parties to reduce tension or de-escalation and prevent casualties from civilians.
Palestinians have fired non-stop rocket fire on Israel as the Israeli military has pounded Gaza with air strikes since Tuesday (11/5) in the morning. This mutual attack is part of the increased tension caused by the clashes in Jerusalem.
"The firing of rockets from Gaza at civilians in Israel is completely unacceptable and adds to the dynamic of tensions," the European Union Commission said in a statement on Monday (10/5) last night.
"The significant spike in violence in the occupied West Bank, including East Jerusalem as well as in and around Gaza, must stop immediately," the European Union added.
European Union Foreign Policy Head Josep Borrell condemned the expulsion of Palestinian families in East Jerusalem. He called the expulsion illegal and only added to tensions on the ground.
The Secretary of State of the United States (US) Antony Blinken also condemned the rocket attack from Gaza to Israel. He urged all parties to move to reduce tensions.