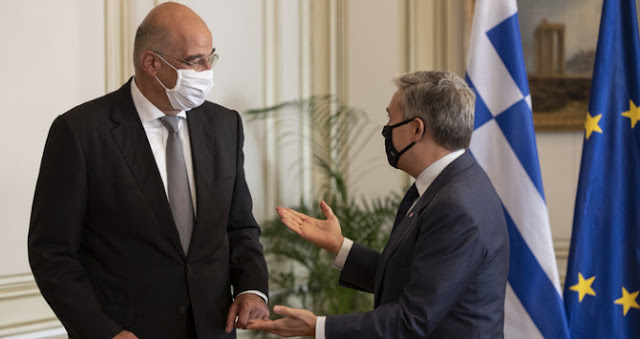 UMMATIMES - Greece on Sunday (May 30) condemned statements by Turkish Foreign Minister Mevlut Cavusoglu that described the Muslim minority in northern Greece as Turks. Cavusoglu also said that Greece's Muslim minority was not granted full civil rights.
Cavusoglu made the remarks during a personal visit to the northern Greek region of Thrace on Sunday. Cavusoglu is in Greece for a meeting with Greek Prime Minister Kyriakos Mitsotakis and Foreign Minister Nikos Dendias in Athens, Monday (31/5).
"We want Greece to give the same rights as we gave to the Greek Orthodox Church and the Greek minority to Turks in Western Thrace," Cavusoglu said in a video recorded by the Turkish Foreign Ministry.
Cavusoglu said about 120,000 of the Muslim community in Greece are Turks. That statement was rejected by Athena, who described them as Greek Muslims.
"Turkey's continued attempts to distort reality, as well as its claims alleging a lack of protection of citizens' rights or discrimination, are baseless and completely rejected," Greek Foreign Ministry spokesman Alexandros Papaioannou said in a press release.
Greece and Turkey are at loggerheads over a range of issues, from competing territorial claims in the eastern Mediterranean to the status of Cyprus and the treatment of migrant ships. They came close to armed conflict last year as naval vessels from each side maneuvered near each other's disputed waters.
Tensions have eased slightly in recent months. Top Turkish and Greek officials began resuming talks over their dispute earlier this year, after a five-year hiatus.