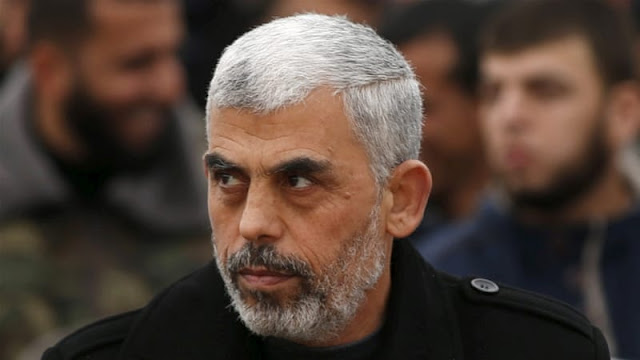 UMMATIMES - The head of the Hamas military wing said the Israeli offensive destroyed only five percent of the tunnels in Gaza while claiming victory over Israel.
"What happens is just an exercise for what will happen if Israel violates the Al Aqsa Mosque. The invaders must be aware that Al Aqsa has people who will defend it," Yahya Sinwar said on Wednesday, quoted by The New Arab, May 27, 2021.
Yahya Sinwar said he was not afraid of Israel trying to kill him, saying it would be an honor if he died.
"The greatest gift Israel can give me is to kill me," said Sinwar. "I would rather die as a martyr by the F-16 than die of the corona virus or other disease," he said.
Sinwar added that Israel only managed to cause minimal damage to Hamas' military arsenal, claiming that only five percent of the group's tunnels were damaged in the 11-day attack.
He said that Israel also failed to kill Hamas fighters by spreading misleading statements when an Israeli military account hinted that a ground attack was being made.
"Israel failed to direct attacks to kill the political, military and security leaders of the Palestinian resistance groups and destroy their command and control rooms," he told reporters in Gaza.
In his first speech since Operation Guardian of the Walls ended, Sinwar also warned that the militant group Hamas has 10,000 martyrs inside Israel who are ready to respond if Jerusalem is disturbed.
Despite reports that the Israeli offensive destroyed a large part of Hamas' tunnel network known as the "Metro", Sinwar claims that the Palestinian resistance group movement has more than 500 km of tunnels in Gaza and not even 5% of the tunnels affected by the attacks. Sinwar added that the damaged parts would be repaired in a few days, the Jerusalem Post reported.
Yahya Sinwar said that shortly before the ceasefire was enacted, Hamas had planned to fire 300 rockets at a time, with 150 rockets aimed at Tel Aviv, but decided not to do so out of respect for Egyptian and Qatari mediators. Sinwar claims Hamas has the ability to launch hundreds of rockets per minute with a range of 100-200 km.
The ceasefire, brokered by Egypt and coordinated with the United States, began on Friday after 11 days of the worst fighting between Palestinian and Israeli militants in years.
According to a Reuters report, hundreds of Israeli air strikes killed at least 254 people in Gaza and injured more than 1,900, Palestinian medics said, and destroyed or damaged commercial buildings, residential towers and private homes throughout the small coastal enclave.
The Israeli military said there were 13 dead in Israel, with hundreds more injured when rocket attacks by Hamas and other Palestinian militants in Gaza caused panic and sent people as far as Tel Aviv rushing to shelter.