Joe Biden: Israel Has the Right to Defend itself 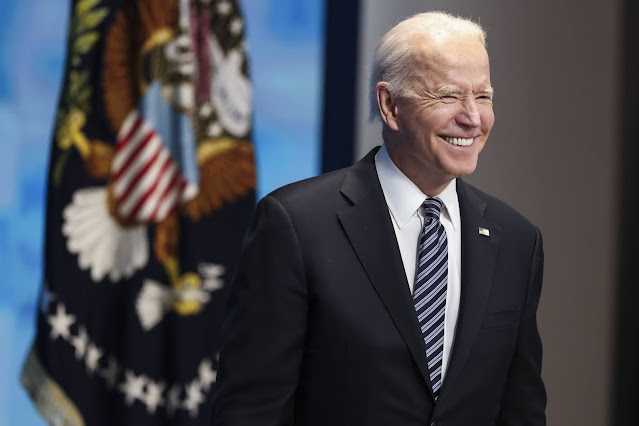 UMMATIMES - United States President Joe Biden contacted Israeli Prime Minister Benjamin Netanyahu on Wednesday regarding Israel's conflict with Palestinians. On that occasion he said Israel has the right to defend itself.
"Israel has the right to defend itself," Biden told reporters at the White House.
Joe Biden hopes that the cycle of violence between Israel and Palestine will end soon. "My hope and hope is that this will end sooner," he said.
However, Biden did not explain the reasons behind his optimism. He said his national security team was in frequent contact with counterparts in Israel, Egypt, Saudi Arabia and the United Arab Emirates to try to resolve the conflict.
Violence erupted last Friday when Israeli forces attacked Palestinians praying at Jerusalem's Al-Aqsa Mosque. This comes amid growing anger over attempts to evict Palestinians from homes on land claimed by Jewish settlers in Sheikh Jarrah. Clashes escalated Monday.
A White House statement about the Biden-Netanyahu talks said Biden condemned rocket attacks by Hamas and other groups against targets in Israel. "Expresses his unwavering support for Israel's security and Israel's legitimate right to defend itself and its people, while protecting civilians," the statement read.
"He also conveyed encouragement from the United States on the path to a sustainable restoration of calm. He shared his belief that Jerusalem, a city of great importance for believers from all over the world, should be a place of peace, "he said.
Joe Biden and Netanyahu agreed to stay in touch privately in the coming days and to maintain close consultations between their teams, the statement said.