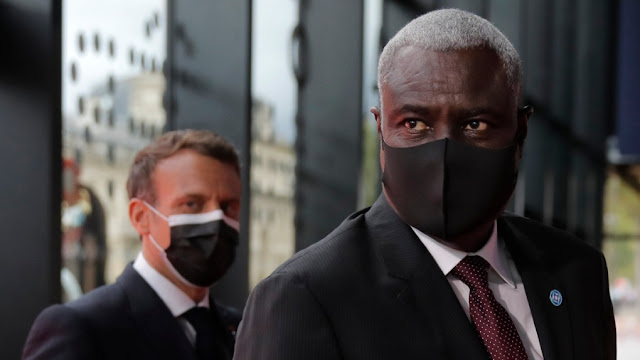 UMMATIMES - French President Emmanuel Macron said France recognized "responsibility" for the 1994 Rwandan genocide. This he conveyed during a visit to the country to improve bilateral relations.
Macron apologized for the role of his country but made no formal apology. The remarks were made in a speech at the genocide cemetery in Kigali where 250,000 victims of the massacre are buried.
In a massacre that lasted 100 days from April 1994. Hutu militia killed 800,000 ethnic Tutsis and moderate Hutu. Macron said France ignored those who warned of a massacre in Rwanda and stood up for the "regime of genocide".
"Standing here today, with humility and respect, by your side, I have come to acknowledge our responsibility," said Macron, as quoted by Aljazirah, Thursday (27/5).
However, he added that somehow France was "not an accomplice" to the genocide. Macron said France had a duty to acknowledge the "suffering the Rwandan people have suffered from having been silent on truth checks for too long".
He added that only those who survived the horrors of the genocide "may be able to forgive". "Give us the gift of forgiveness," he said.
Macron's remarks were much better than previous French presidents. But many Rwandans expect him to make a formal apology for failing to stop the genocide.
"It would be great if Emmanuel Macron apologized," said Freddy Mutanguha, director of the non-governmental organization Aegis Trust which runs the genocide funeral.