Population Growth in China Records Lowest Record Since the 1950s 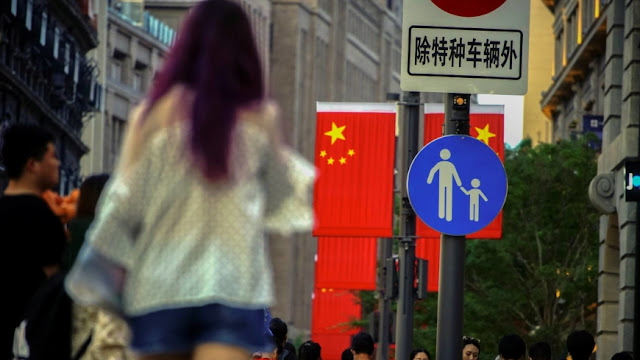 UMMATIMES - The one-child policy, which was strictly implemented in the late 1970s, was intended to reduce the rate of population growth in China, which was once thought to be a hindrance to economic growth. However, the results of the 2020 ten-year census released on Tuesday (11/5), China is currently experiencing the opposite problem. It is feared that the current slow population growth rate will actually threaten the country's ability to maintain its industrial progress.
According to the latest statistics, the population in mainland China is still growing by 5.38% to 1.41 billion people. But it is the lowest rate of population growth since the modern census taking began in 1953.
The data show that the fertility rate in 2020 is only 1.3 children per woman, the same fertility rate as Japan. That means the world's second-largest economy has failed to meet the targets set in 2016, namely a fertility rate of 1.8 and a population of 1.42 billion. In 2016, China began to change direction and replace the one-child policy with a two-child limit.
"From the population development trend in recent years, population growth will continue to slow down in the future," said Ning Jizhe, Head of the Central Statistics Agency, after releasing the results of the 2020 census.

The residents got closer to the city

One bright spot in the data is an increase in the proportion of young people: 17.95% of the population in 2020 will be 14 years old or younger, up from the 2016 figure of 16.6%. From 2016 to 2019, the annual birth rate has generally declined. Last year, China only recorded 12 million births, said Ning Jizhe, down sharply from 14.65 million in 2019.
"There is no need to look at the data to know that China is facing a huge drop in the number of births," said Huang Wenzheng, a demographer at the Center for China and Globalization, a Beijing-based think tank. "Even if China's population doesn't decline in 2020, it will be in 2021 or 2022," he added.
Urban young couples, especially those born after 1990, now value their independence and careers more than raising children, despite parental and family pressure to have children. But rising costs of living in big cities and increasing budgets for raising children are reasons for many couples to delay having plans.

The cost of living is high, young people are pursuing a career

According to a 2005 report, it cost about 490 thousand yuan (or about 1 billion rupiah) for an ordinary family to raise a child. By 2020, local media reported that the fee had increased to nearly 2 million yuan - four times the 2005 figure.
"Having children has been a devastating blow to the career development of women my age," said Annie Zhang, a 26-year-old insurance professional in Shanghai who got married in April last year. "You said goodbye to freedom immediately after giving birth."
It is feared that slow population growth could add to the pressure on the working age population and put a strain on their productivity. A reduction in the number of the workforce as is common in industrialized countries will be a new test for policy makers. Data for 2020 shows that people aged 65 years and older make up 13.5 percent of the population, much higher than the figure in the 2010 census, which was 8.87 percent.