Princess of Thailand Approves the Import of Covid-19 Vaccine 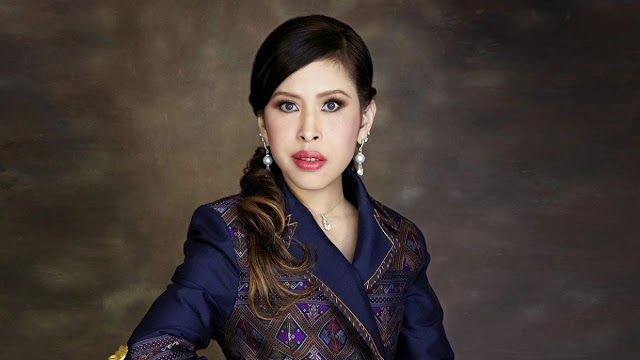 UMMATIMES - Thailand's sister Princess Chulabhorn has approved imports of the Covid-19 vaccine by her sponsored agency, bypassing the government's role as the country faces a spike in infections and growing public anger over the slow and chaotic vaccination rollout.
The secretary-general of the Chulabhorn Royal Academy wrote on Facebook that an "alternative vaccine" would complement the vaccination movement until the government can meet the country's needs. The decision was announced late Tuesday and expands the ability of the Chulabhorn Royal Academy to deal with the coronavirus.
The announcement was signed by Princess Chulabhorn, the head of the institute and the youngest sister of King Maha Vajiralongkorn. "The Royal Academy will receive an 'alternative vaccine' until the vaccine produced in the country reaches a sufficient capacity to protect against the outbreak," secretary general Nithi Mahanonda wrote on Facebook.
He added that the academy will comply with regulations on imports and registration. The government, which has long insisted on handling all imports of vaccines, will next month start a mass immunization program. The vaccination movement in Thailand relies heavily on the AstraZeneca vaccine, which is produced locally by the king's company.
The announcement on the official Royal Gazette account shocked some in the military-backed government. This comes as Thailand is suffering from the worst Covid-19 outbreak so far and its citizens are becoming increasingly uncomfortable about vaccine plans.
Health Minister Anutin Charnvirakul said he was not aware of the royal order before it was issued. "I just saw the announcement last night. But if it benefits the country, we are ready," Anutin said in an interview with local television.
The Chulabhorn Royal Academy, which includes a hospital and research institute, held a press conference last week on imports of the Sinopharm vaccine. Thailand is expected to approve a vaccine made in China for emergency use this week. However, it is unclear how many vaccines the academy will import and when.
The Thai government hopes to provide six million doses of AstraZeneca vaccine and three million doses of Sinovac vaccine by June, as it attempts to inoculate 70 percent of its more than 66 million population by the end of the year. Other private hospitals plan to buy 10 million doses of Moderna's vaccine through a state-owned company.
Authorities on Thursday reported 47 new deaths from the coronavirus, a record for the second day in a row. The latest number brings the total death toll to 920 among 141,217 cases overall.