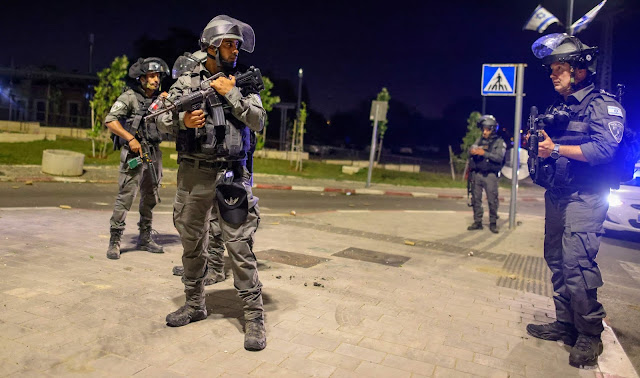 UMMATIMES - Israeli police announced a curfew in the city of Lod (central Israel) from 20.00 to 04.00, Wednesday (13/5). This policy is related to the escalation of the conflict that continues to escalate between Palestinians and Israelis.
During this curfew, people will not be allowed to leave their homes and go to shelters unless there is a missile alert. They are not allowed out except to receive emergency medical care.
Police began deploying 500 border guard units in the city, following Israel's declaration of a special state of emergency. Israeli Defense Minister Benny Gantz declared a state of civil emergency in the city of Lod due to continued resistance.
The state of emergency made it possible to place rescue forces under the leadership of the police and use the necessary equipment for various agencies. This emergency status will also limit people who live in certain places or live in vulnerable areas. Gantz noted that he instructed to reinforce troops called border guards in the cities of Lod, Haifa, Ramle, and Acre.
The intensity of the conflict escalated in Lod after a Palestinian, Musa Hassouna, was martyred on Monday because of gunfire by Jewish extremists. Israeli security forces also attacked his funeral attendees at the funeral.
On Wednesday morning, it was reported that as many as 350 rockets from the Palestinian resistance had rained down on major Israeli cities such as Tel Aviv, Lod and Beersheba. The bombing left two people dead and a number of others injured as a result of the dropping of missiles directly on buildings in the target cities.