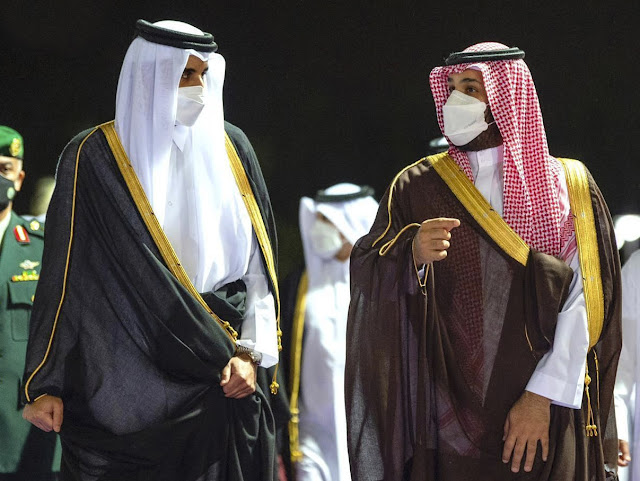 The Saudi Arabian Foreign Ministry condemned the flagrant attack by Israeli forces on the al-Aqsa Mosque. He urged the international community to hold Israel accountable for the escalation which violates all international norms and law.
"The Ministry reaffirms that the Kingdom (Saudi) stands with the Palestinian people and supports all efforts aimed at ending (Israeli) occupation and achieving a just and comprehensive solution for the Palestinian people to establish an independent Palestinian state on the 1967 borders, with East Jerusalem as its mother. city, in accordance with international resolutions as well as the Arab Peace Initiative, ”said the Saudi Foreign Ministry on Tuesday (11/5) quoted from the Al Arabiya website.
The Muslim World League also condemned the blatant attacks on al-Aqsa and his congregation. The organization calls on the international community to end this violence, protect the rights of the Palestinian people, and guarantee their right to undergo religious rituals. "In addition, stop all violations, attacks and all forms of violence," he said.
Clashes between Palestinians and Israeli security forces around the al-Aqsa mosque compound resumed on Monday. At least 305 people were reported injured as a result of violence by Israeli security personnel. They fired rubber bullets and stun grenades to break up and disperse the crowd.
The escalating situation in East Jerusalem comes amid plans to evict dozens of Palestinians living in the Sheikh Jarrah neighborhood. Protests were held to oppose the plan, as well as a form of solidarity with those who were threatened with being evicted.
The outbreak of unrest prompted Israel to postpone trials on plans to evict Palestinian families living in Sheikh Jarrah. Israel's Supreme Court is actually scheduled to hear an appeal against the plan on Monday.
A lower court has ruled in favor of Israeli settlers' claims to land in Sheikh Jarrah. Palestinians view the decision as an Israeli attempt to expel them from the disputed Jerusalem.