The Israeli government will be sued in an international tribunal 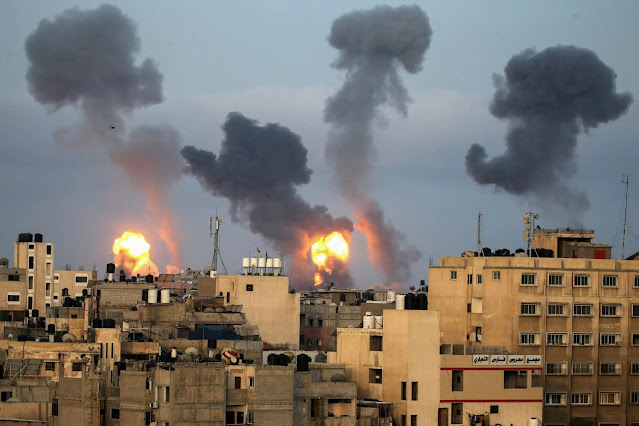 UMMATIMES - The Indonesian Muslim Law Scholars Community (KSHUMI) plans to challenge Israel's occupation of Palestine.
KSHUMI Chairman Chandra Purna Irawan said that this lawsuit would be filed at the Office of the Prosecutor which is part of the international crime court.
"OTP has the authority given by the Rome Statute to initiate investigations into international crimes," Chandra said in a written statement received by JPNN.com, Friday (14/5).
Chandra explained the reasons for filing the lawsuit were Israel's actions that had committed crimes against humanity, war crimes and occupation.
"That is based on Article 7 paragraphs 1 and 2 of the Rome Statute, Article 6 letter C of the Charter of the International Court of Justice," he continued.
The man who served as the chairman of the Pelita Umat Legal Aid Institute (LBH) also explained another reason he was contesting Israel's actions, namely resolution 1514 of the United Nations (PBB).
He said the UN resolution 1514 was legally enforceable based on the decision of the International Court of Justice on June 21, 1971.
"That the basis for the right of self-determination for all colonized nations and the means to end as quickly as possible all forms of colonialism have been confirmed in Resolution 1514," he continued.
In addition, Chandra also said that the UN resolution 1514 ordered the transfer of all powers to the natives of the colonies without conditions.
"Regardless of the differences in nationality, religion or color of their skin, so that they can enjoy perfect freedom and freedom," he said.
Chandra assessed that filing a lawsuit against the Palestinians for Israel's actions to the international crime court would be easy to do
"The international crime court has jurisdiction over the Palestinian territories which includes Gaza, the West Bank and Jerusalem," explained Chandra