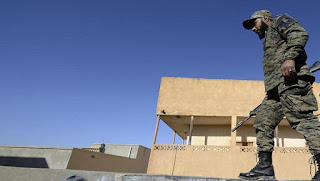 UMMATIMES - Foreign troops and mercenaries must leave Libya, but these forces should not be confused with legal troops who train the Libyan military in agreement with the legitimate government. This was said by Turkish Foreign Minister Mevlut Cavusoglu on Thursday (6/5).
"There are a lot of foreign troops and mercenaries in Libya. We agree with their withdrawal, "Cavusoglu said at a joint press conference with his German counterpart Heiko Maas in Berlin.
However, he stressed that Turkey's military training support for the legitimate Libyan government cannot be equated with these troops and mercenaries. Cavusoglu also revealed that pressing Ankara to end its support for the Libyan government would actually undermine that legitimate government.
"The agreement between the two sovereign nations serves Libya's essential needs for military training and consultations, and ending this support will not benefit Libya," Cavusoglu said.
Calls from a third party to end the agreement between the two countries is not the right approach, he added. The 2019 security cooperation agreement between Turkey and Libya aims to help end the civil war in the North African country.
Cavusoglu also stressed that the newly formed Libyan government must be supported to help Libya prepare for elections at the end of this year and meet the needs of the people. Libya has seen positive developments since February 5, when rival parties agreed on a new executive body to rule the country ahead of national elections this December.
Libyans hope the new government will end the years of civil war that has engulfed the country since the overthrow of Muammar Gaddafi in 2011.