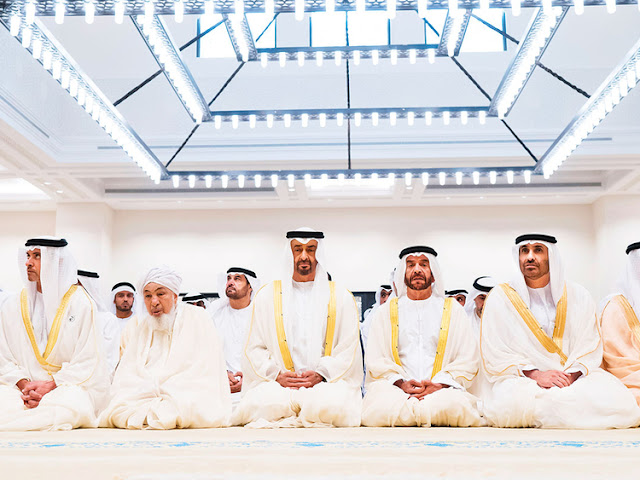 UMMATIMES - The leaders of the United Arab Emirates (UAE) wish Eid al-Fitr to all Emirati people. One of them is the Crown Prince of Abu Dhabi and Deputy Supreme Commander of the Armed Forces, Sheikh Mohamed bin Zayed. He prays for peace, prosperity and happiness.
"Happy Eid Al-Fitr to the President and Vice President of the UAE, the rulers of the Emirates, and the people of the UAE," said Mohamed in his Twitter tweet, @MohamedBinZayed as quoted by the National News, Thursday (13/5).
"We pray that this blessed time brings peace, prosperity and happiness to the people of our nation, region and world," he added.
In addition, the Vice President and ruler of Dubai Sheikh Mohammed bin Rashid wishes Eid al-Fitr to bring happiness, health and peace to everyone.
“Happy Eid Al-Fitr to the people of the UAE and all Muslims in the world. May the days to come bring us blessings, peace and prosperity, ”said Mohammed in his Twitter tweet @HHShkMohd.
In addition, he also congratulated Eid Al-Fitr to the President of the UAE, Sheikh Khalifa. The rulers of the UAE, Sheikh Saud bin Saqr Al Qasimi from Al Khaimah, Sheikh Dr Sultan bin Muhammad Al Qasimi from Sharjah, Sheikh Humaid bin Rashid Al Nuaimi from Ajman, Sheikh Hamad bin Mohammed Al Sharqi from Fujairah, and Sheikh Saud bin Rashid Al Mualla from Umm Al Quwain expressed their warm congratulations and wished for more progress and prosperity for the people of the UAE and Arab and Muslim countries.
Not only that, Sheikh Khalifa received Eid al-Fitr greetings from the kings, presidents and emirs of Arab and Islamic countries.