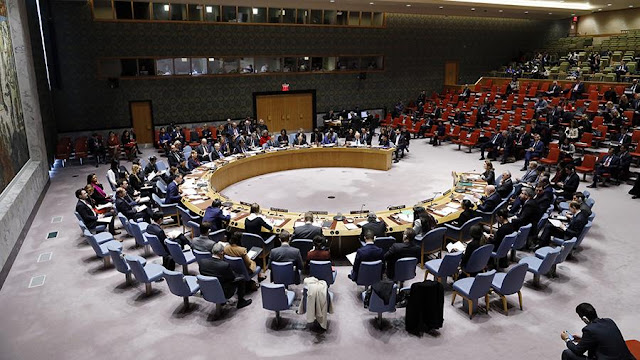 UMMATIMES - The UN Security Council will hold a virtual emergency meeting on Sunday (16/05) to discuss escalating violence between Israel and Palestine, diplomats said, Thursday (13/05). The meeting was proposed by Tunisia, Norway and China.
Initially the meeting was scheduled to take place on Friday (14/05), but was postponed after the United States (US) postponed today's session to the beginning of next week on the grounds that it wanted to allow time for diplomacy. The US finally agreed to attend Sunday's meeting.
"We are open and support open discussions at the United Nations," US Secretary of State Antony Blinken told reporters in Washington.
The US, Israel's main ally, has defended the Jewish state offensive in response to rocket attacks from the Hamas group that controls the Gaza Strip.
But President Joe Biden's administration has also raised concerns over falling civilian casualties and previously pushed Israel to delay the eviction of Palestinians in Jerusalem, an immediate trigger of the clashes.
Previously, Blinken spoke with Israeli Prime Minister Benjamin Netanyahu and Palestinian President Mahmoud Abbas on Wednesday (12/05). Hady Amr, a senior State Department official for Israeli and Palestinian affairs, was on his way to the region on Thursday (13/05).
The US is seeking "an end to the violence that continues to claim the lives of innocent children, women and men," Blinken said. "We have made it very clear that the rocket fire must be stopped."

Israel reportedly stepped up more air strikes on the Gaza Strip on Friday (14/05). As the attacks entered its fifth day and there was no sign of abating, the Israeli military said in a statement early Friday that it had deployed air and ground forces to attack the Hamas group.
However, shortly after that statement, the Israeli military clarified that "there are no troops" in Gaza, arguing that the previous statement was due to a communication error.
Meanwhile rockets also continued to be launched from the Gaza Strip towards Israel.

Two men were injured in Ashkelon in a Gaza rocket attack

Two men were injured and taken to a local hospital in the Israeli city of Ashkelon following a rocket attack from Gaza. Israeli emergency medical service Magen David Adom said a man in his 50s was in serious condition and was being treated for shrapnel in his stomach.
Another man in his 90s also reported minor injuries and is being treated for head injuries.
In Gaza alone, more than 100 people have reportedly died, according to the Ministry of Health there.
A Hamas spokesman warned midnight Thursday that the Israeli military would claim more casualties if its troops entered Gaza.
Earlier, Israeli Defense Minister Benny Gantz said that he had agreed to the mobilization of 9,000 additional troops, two days after Israel mobilized an additional 5,000 troops to the Gaza Strip border. Israeli troops last entered the Gaza Strip in a 2014 military operation.