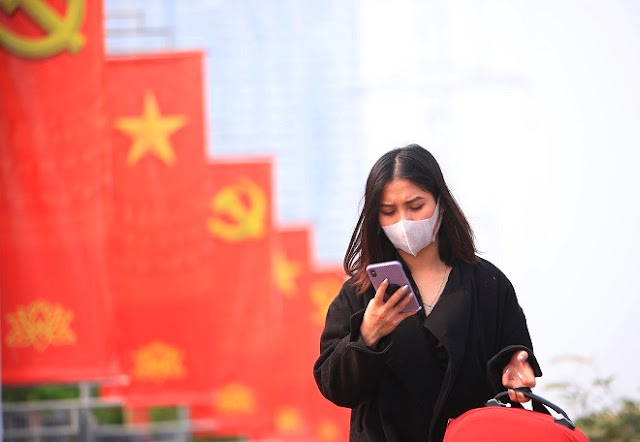 UMMATIMES - Vietnam detected a new variant of Covid-19 with the characteristics of the British and Indian variants.
Local media VN Express International reported that the new variant found was an Indian variant with a mutation that originally came from the British variant. The National Institute of Hygiene and Epidemiology found at least four Covid-19 patients who were exposed to the hybrid variant in Vietnam.
Vietnam's Health Minister Nguyen Thanh Long said the new variant had not yet been named. Vietnam's Ministry of Health will announce the new variant on the global genome map.
Long said, the corona virus that caused the new wave was much more contagious, especially in the air. Long added that viral culture in the laboratory revealed the virus replicated itself so quickly that there were many cases in different places in a shorter period of time.
So far, Vietnam has recorded 7 variants of Covid-19, namely those from England, India and South Africa. Currently, Vietnam is experiencing the fourth wave of the Covid-19 pandemic since April 27, 2021.
On Monday (31/5), Vietnam had 68 new cases, bringing the total to 7,236 people.