11 Died in Bombing in Afghanistan 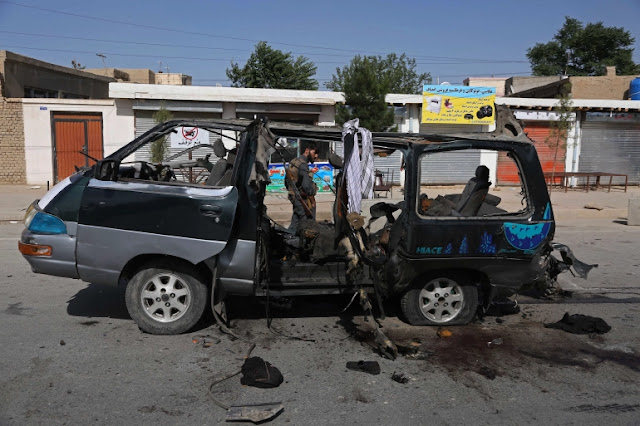 UMMATIMES - At least 11 people are reported to have died after a roadside bomb blast hit a minivan in northwestern Afghanistan. Three of the victims who died were children.
The Badghis provincial government said the Taliban were responsible for this incident. However, no one has yet claimed responsibility for this bomb attack. Badghis Governor Hesamuddin Shams said officers were still looking for other bodies around the scene, reported by euronews, Sunday (6/6).
Afghanistan is a country that is currently still in war. Various bombs and landmines are often planted by the rebels in the country.
In the first three months of 2021, the UN mission in Afghanistan recorded 1,783 people killed or injured in Afghanistan. This figure has increased by about 29 percent when compared to the same period in the previous year.
The violence followed the arrival of US peace envoy for Afghanistan Zalmay Khalilzad and a delegation from the National Security Council and Department of Defense to the area. The arrival of the two men was aimed at starting a new series of talks between the Taliban and the Afghan government.
Negotiations between the Taliban and Afghan representatives began last September in Doha. These negotiations were then resumed in early 2021.
However, on April 13, 2021, the Taliban announced that they would not participate in the meeting to determine the future of Afghanistan until all foreign military forces were withdrawn from the country. The day before, US President Joe Biden announced that he would withdraw US military forces from Afghanistan on September 11.
On Sunday, a roadside bomb exploded in the western region of Kabul. Kabul Police spokesman Ferdaws Faramarz said a civilian car was targeted in the attack. This incident left three civilians injured.