21 Luxury Cars Destroyed, Some Are Surprised 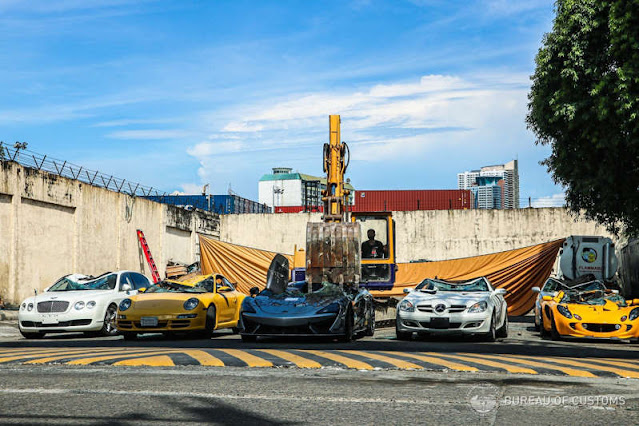 UMMATIMES - Quoted from Carscoops, Tuesday (22/6), if the total price of all the luxury cars is estimated to have a tag of USD 1.2 million or around Rp. 17.3 billion.
With these figures, it is clear that the vehicle that was destroyed was a luxury car.
The cars include McLaren 620R, Bentley Flying Spur, Porsche 911, Mercedes SLK, Lotus Elise, Coupe Hyundai Genesis, Toyota Solara, and Jeep Mitsubishi.
According to the Philippine Customs Bureau, the vehicle was contraband between 2018 and 2020.
The series of vehicles were destroyed in accordance with President Rodrigo Roa Duterte's instructions.
"According to the President's instructions, the smuggled cars must be destroyed," the Philippine Customs said in a statement as quoted by Carscoops, Tuesday (22/6).
According to him, the government is serious about fighting crime, especially luxury vehicle smuggling.
In fact, such incidents are common in the Philippines.
In the past, the country has also destroyed several luxury cars, such as the BMW Z1, Ferrari 360 Spider, and Lamborghini Gallardo.
Not only that, the Philippine government has also destroyed the Renault 5 Turbo, Opel Manta, Maserati Quattroporte, Mercedes SL55 AMG and countless other vehicles.
In fact, such policies have received criticism from the public.
Some residents were surprised and questioned why the government had not auctioned the vehicle and used the funds for something meaningful.
However, the Customs Bureau insists the policy is necessary. Because, this is proof that the government is firm in eradicating smuggling.