4 Politicians and Analysts Comment on Putin and Joe Biden's Meeting 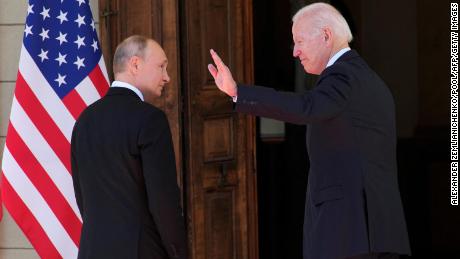 UMMATIMES - United States President Joe Biden's meeting with Russian President Vladimir on Wednesday, June 16, 2021 at a villa in Geneva, Switzerland, drew mixed comments. The two heads of state met to discuss cyber security and arms control.
Here are four comments by top state officials and analysts on Putin and Biden's meeting.
1.Guy Parmelin, President of Switzerland
"The decision to re-place the respective ambassadors (US and Russia) is already a positive signal."
2.Jeanne Shaheen, member of the Senate from the Democratic Party
“I am delighted to see President Biden with President Putin today and send a strong message that the United States government does not show hostility to President Putin. The President's solution is quite clear, namely that there will be consequences for the bad guys and the United States will hold Russia to account for its actions that threaten our national security and world stability."
3.Linsey Graham, Republican member of the Senate
"It's disturbing to hear that President Biden thinks he's hurting Putin's position if people think the world believes Putin has interfered in the American election or the election of another country."
4.Alina Polyakova, President of the Center for European Policy Analysis
“There were no crushing moments there. We've got what to anticipate. However it (meeting) standards and expectations were quite low and we lived up to those expectations. President Biden is like when he was Vice President, he likes to build personal relationships with people. I think Biden is constantly thinking about how to get this done, you build relationships and those relationships are used to get things done."