Germany wants 10 million electric cars on the road by the end of the decade in a bid to meet its climate targets. Despite receiving thousands of euros in state subsidies, why are Germans still reluctant to buy electric cars? 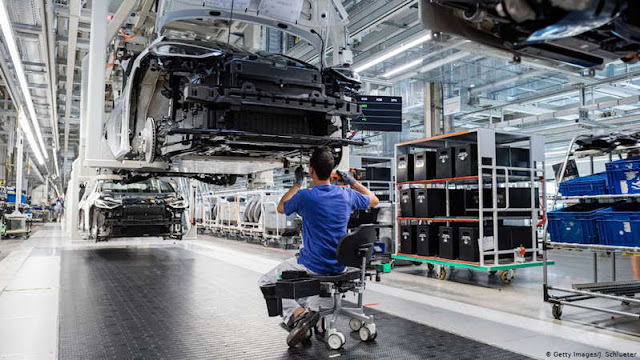 UMMATIMES - As part of its steps towards achieving its ambitious emission neutrality target by 2045, the German government wants to phase out petrol or diesel-fueled vehicles and replace them with hybrid or electric cars. By 2030, 7 to 10 million electric cars are expected to be on German roads.
To date, of the 48.2 million cars in Germany, only 1.2% are electric. According to the Ministry of Transport, about two-thirds of vehicles in Germany use gasoline, and about 30% use diesel or diesel.
Berlin-based organization for green traffic Agora Verkehrswende says Germany needs more ambitious targets if it is to achieve emission neutrality, with 14 million electric cars by 2030.
Why are Germans still reluctant to buy electric cars?
The lack of charging infrastructure is just one of the reasons why Germans are reluctant to replace their cars with electric ones. Opinion agency YouGov's survey conducted among 2,036 respondents from last February found that 50% of the bottlenecks were the perceived low reach of electric cars, followed by the lack of charging stations (38%) and questionable environmental benefits (35%). More than 54% of respondents also said the price was still too expensive.
In a separate survey of 10,000 drivers also published in February by the German auto association VKU, 39% of respondents said they would not buy an electric car as their next vehicle. They will only consider buying an electric car, if there is increased range (38%), lower prices (36%), and more public charging stations (31.5%).
The price of electric cars is still far above ordinary cars. Germans have to dig into their pockets at least 30,000 euros. This is mainly due to the high cost of electric batteries for cars, which makes today's electric cars 5,000 to 10,000 euros more expensive. 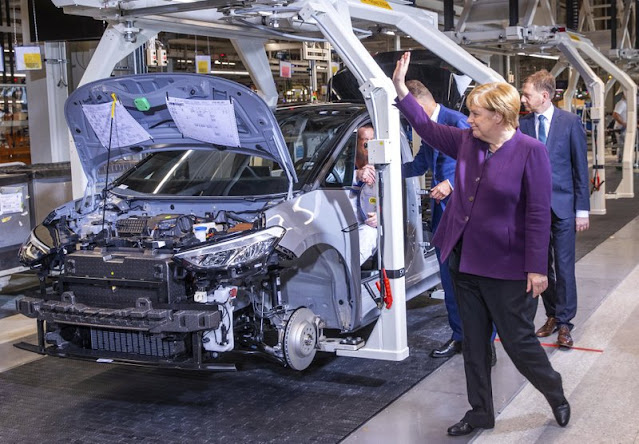 To boost sales figures, the German government has offered purchase subsidies of up to 9,000 euros to customers who buy new electric cars until 2025. At the same time, the government last January also raised the gasoline tax so that gasoline and diesel prices rose to 10 euros per liter. The German government has also promised to accelerate the construction of a network of charging stations across the country with the latest technology, which will allow drivers to recharge their batteries to 80-100% in 30 minutes. Currently in Germany there are only about 42,000 public charging stations for electric cars.
Why are electric cars so important to German politics and the economy?
Germany's car industry is one of the mainstays of its economy. The brands Volkswagen (VW), Mercedes BMW, and Porsche are known worldwide, and the automotive industry in Germany provides employment to about 1.8 million people.
The transformation of the automotive industry towards electric vehicles will have short-term and long-term consequences for the entire automotive industry and its employees, as well as the parts supply industry. As the cost of manufacturing batteries decreases thanks to new innovations, Germany hopes that electric cars will become more popular among car users. Currently, most electric cars are orders from companies, not private car owners.
But there has been a new wind since Germany's Constitutional Court last May ordered the government to improve its climate policy, as it is considered detrimental to the lives of the next generation. That is why, German political parties are currently competing to propose a new climate protection concept ahead of the parliamentary elections in September. The most ambitious target is set by the Green Party, which wants to stop operating gasoline or diesel cars by 2030.