After the Great Flood in Australia, Giant Cobwebs Appear in Rural Areas 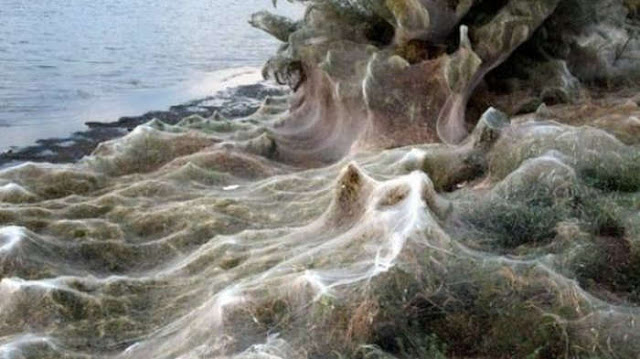 UMMATIMES - Residents in East Victoria were surprised to find a giant spider web in a meadow by the side of the road.
Reported by The Guardian, the town of Traralgon in rural East Gippsland, Victoria state is one of the areas hit by floods and bad weather in recent times. On the other hand, in the neighboring area of ​​Sale, there was a disturbance in the spider population after the flood. So the insects are now looking for higher places such as road signs, trees, and tall grass to make nets.
"It's incredible, when (cobwebs) blow in the wind, they look like waves," said Jena Beatson, who encountered the sighting of the webs while traveling to Sale from Longford after the floods.
"It does look scary because it covers all the marks and everything. You can't really see it in the photo but there are spiders everywhere. It's like thousands and thousands of spiders," he said.
According to the Melbourne Museum's senior curator of entomology, Dr Ken Walker, the number of spiders in viral videos and photos could run into the millions. "This is a semi-regular occurrence in Victoria in winter when it rains a lot."
"Spiders can make all sorts of different webs and one of those webs – bubbling up – is a very thin little web (so) it can fly with the wind."
"They can fly 100 km," Walker explained. 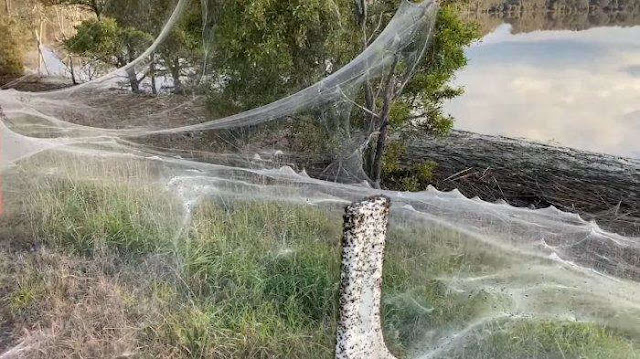 The windswept webs cling to other vegetation so spiders can climb to safety from flooding. According to the Guardian report, when a large number of spiders do this together, the webs will stick together and cover the ground.
This phenomenon, sometimes called the gossamer effect, is caused by a species of spider that lives on the ground and does not build webs. This type of spider does not make webs again after being blown by the wind and away from flooding.
In fact, says Walker, each spider is just spouting a thread. This means that each web represents a different spider. "I would say millions of spiders (in the online photo)," he said. The spiders that bubble up near Sale include the red and black Ambicodamus species.
Although the bite is harmless to humans, this type of spider can cause mild irritation. "It's not dangerous at all. Most of these spiders, their fangs are probably too short to penetrate human skin," Walker explained. 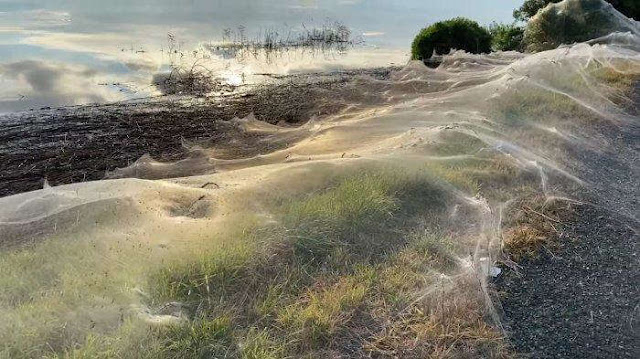 Jena Beatson said Sale residents around the prairie flocked to see the giant net. "It's actually not a good ride at the moment, because everyone stops and pulls over to the side of the road to take photos," he laughs.
According to Walker, this net will not last long. As the wind comes, these thin spider webs will break and scatter. So he encouraged residents to watch this rare phenomenon as soon as possible. "(Across Victoria) we only really see him once a year."
"It's a beautiful thing and it's something quite rare," Walker said.