Ahmadinejad: Iran election was a mistake 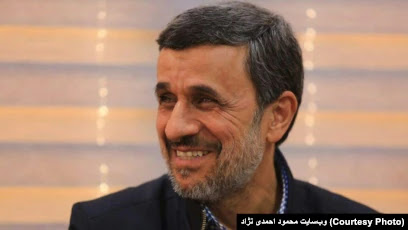 UMMATIMES - Iran's former president, Mahmoud Ahmadinejad, said he did not support any candidate in the general election. According to him, the decision to hold a general election was a mistake that ignored the will of the people.
In a video message, Ahmadinejad expressed a pessimistic attitude towards the presidential election being held on Friday (18/6). The holding of the general election showed that the Constitutional Guard Council rejected several figures who were running for president, including himself, without giving reasons.
"This ignores the will of the people and is detrimental to the state, the Islamic revolution and order," Ahmadinejad said.
"I am not running for election and I have no plans to support anyone," said Ahmadinejad, who served as president from 2005 to 2013.
Iran's presidential election has started on Friday (18/6). Ebrahim Raisi (60 years) from the hardline group from the beginning was predicted to have the opportunity to replace President Hassan Rouhani.
According to the constitution, Rouhani is barred from running for president because he has served as president for three terms or 12 years. Raisi's victory has the potential to kill a pragmatic political culture like Rouhani's.
He faces many key jobs, such as trying to revive the 2015 nuclear deal with Western powers and tackling high poverty caused by US sanctions. Iranian officials as well as Shia clerics are aware that their political fate hinges on dealing with the deteriorating economy.
“Raisi's main challenge is the economy. An outburst of protests will be inevitable if he fails to heal the nation's economic suffering," a government official said, according to the South China Morning Post.
Raisi has important support from Iran's Revolutionary Guards, which opposes reformist initiatives, oversees the suppression of protests, and uses proxy powers to assert Iran's influence in the region. Raisi backs Iran's talks with six Western powers to revive the nuclear deal.
"Only a strong government can implement the revival of the (nuclear) pact," Raisi said.