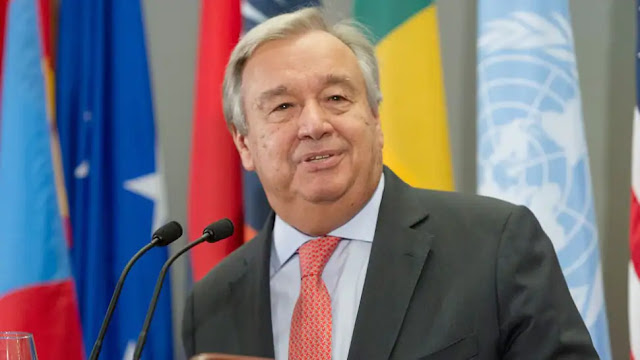 UMMATIMES - Secretary-General of the United Nations (UN) Antonio Guterres was appointed to his position for a second five-year term on Friday (18/6) local time. The appointment was approved by the United Nations General Assembly, which has 193 members.
"I will give everything to ensure the growth of trust between countries large and small, to build bridges, and to engage relentlessly in building trust," Guterres told the General Assembly after taking the oath of office.
The 15-member Security Council earlier this month recommended the General Assembly to reappoint Guterres. His second term begins on January 1, 2022.
Guterres replaced Ban Ki-moon in January 2017 or a few weeks before Donald Trump became president of the United States (US). Much of Guterres' first term was focused on confronting Trump, who has questioned the value of the United Nations and multilateralism.