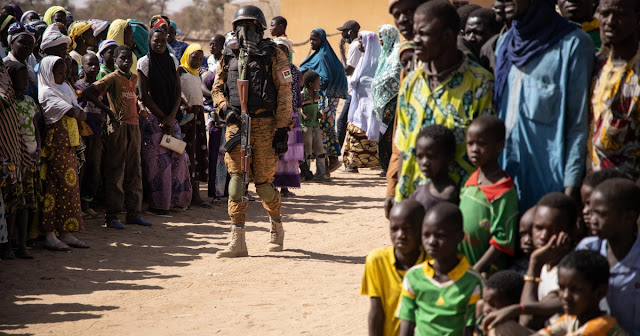 UMMATIMES - attacks by hardline militants in Burkina Faso in recent years have killed 132 people. The number was announced by the Government of Burkina Faso on Saturday, June 5, 2021, after armed attacks surrounded a village overnight in the northern region of Burkina Faso.
The siege by armed groups occurred on Friday evening, June 4, 2021, killing a number of residents of Solhan village in Yagha province, which borders Niger. The hardline militants also set fire to people's homes and markets.
Burkina Faso's government imposed a 72-hour mourning period and labeled the attackers terrorists. No armed group has yet claimed responsibility for the attack
A spokesman for the Burkina Faso government said about 40 residents of Solhan village were injured. UN Secretary General Antonio Guterres was outraged by the attack, in which seven children were killed.
Although there are thousands of UN security guards stationed in Burkina Faso, the number of attacks by hardline militants has increased since early 2021. Many of them are linked to al Qaeda and Islamic State (ISIS) groups. Apart from Burkina Faso, these hardline groups have also carried out insurgencies in Mali and Niger, making civilians have to bear the brunt.
The violence in Burkina Faso has displaced more than 1.14 million people in the past two years. Burkina Faso is a poor and arid country, which also hosts about 20,000 refugees from neighboring Mali.