Myanmar's elected leader who was overthrown by the military, Aung San Suu Kyi, considered some of the witnesses' statements at her trial to be false. The witnesses presented were a police officer and a local official. 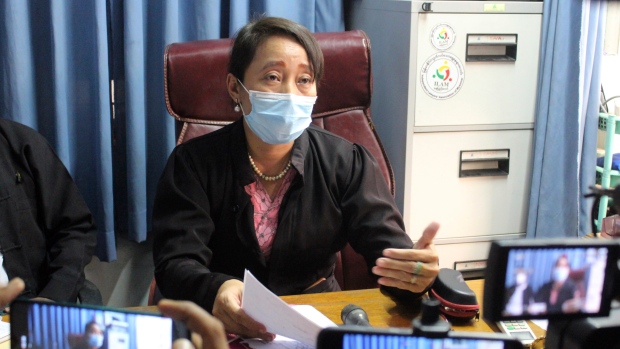 UMMATIMES - Aung San Suu Kyi has been charged with illegally importing walkie-talkies for her bodyguards to use, using the radio without a permit, spreading information that could cause alarm or public unrest, and violating COVID-19 pandemic restrictions during the 2020 election campaign.
"Aung San Suu Kyi listened seriously during the entire trial and told us which testimonies were false, which had to be confirmed," Min Min Soe said in Naypyitaw, as quoted by Channel News Asia, Tuesday, June 22, 2021.
The charges against Aung San Suu Kyi are relatively minor but if she is found guilty she could potentially be unable to run for new elections promised by the military within two years of her takeover.
Even if Aung San Suu Kyi is acquitted, there are two more serious charges against her that have yet to be tried: violating the state secrets law, a legacy of British colonial law that carries a penalty of up to 14 years in prison; and accepting bribes, which carry a maximum prison sentence of 15 years.
Many have criticized the military coup. Strangling Aung San Suu Kyi with a number of cases was considered intentionally to discredit her and legitimize the Myanmar coup.
Myanmar's military staged a coup in February, preventing Aung San Suu Kyi's National League for Democracy party from starting a second five-year term after a landslide victory in November elections. He and President Win Myint as well as senior members of his government and party were arrested, and the country is now under harsh military rule.
The UN General Assembly passed a resolution last Friday urging the military junta to restore the country's democratic transition, condemning "excessive and lethal violence" since the coup, and calling on all countries to prevent arms supplies to Myanmar.
The resolution also calls for the Myanmar military to immediately and unconditionally release Aung San Suu Kyi, Win Myint and other officials and politicians detained after the coup, as well as all those who have been arbitrarily detained, charged or arrested.